I was very excited with this card from 2016 Allen and Ginter. 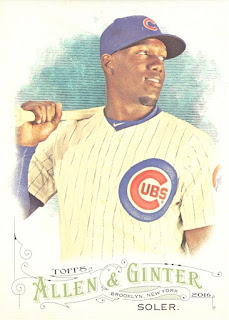 It's the back...specifically the number on the back. 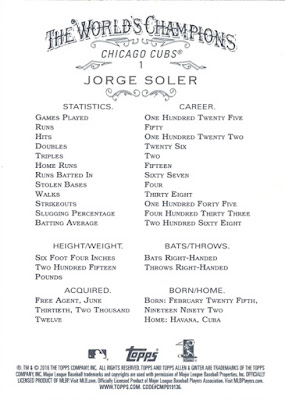 Jorge Soler has card #1 in the set.

That doesn't happen for the Cubs very often.

Excluding small insert sets, I came up with just a dozen other cards that are the first in a set.  That seems like a really low number.  I have hundreds of sets, but just 12 have a Cub in the leadoff spot. 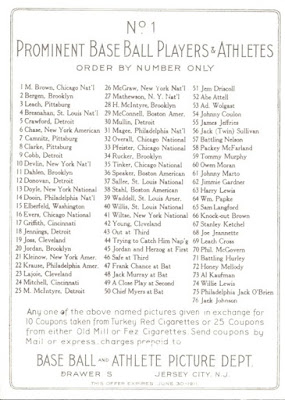 Mordecai Brown has the first card in the 1911 Turkey Red set. 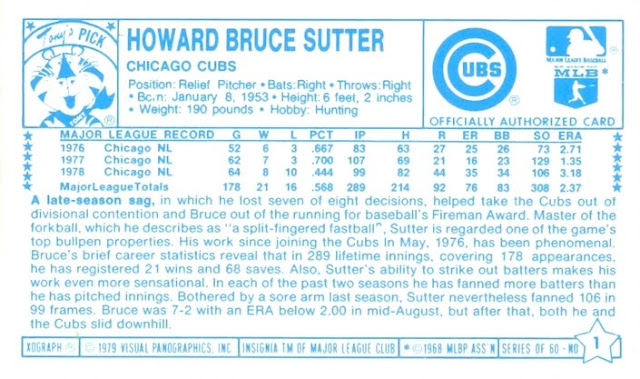 Kelloggs put Bruce Sutter in the first slot in their 1979 set. 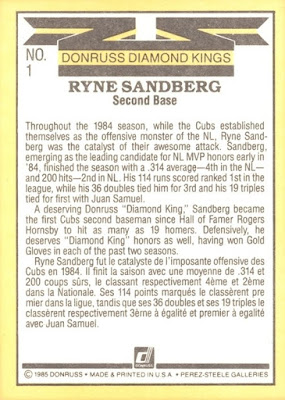 After his 1984 MVP season, Donruss gave the #1 spot to Ryne Sandberg. 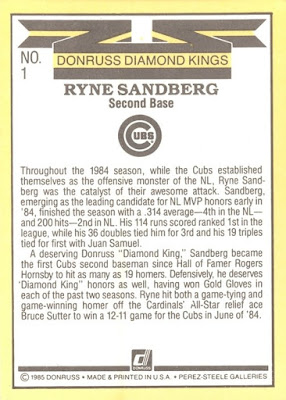 So did Leaf, thought its cards were exact twins to the Donruss set. 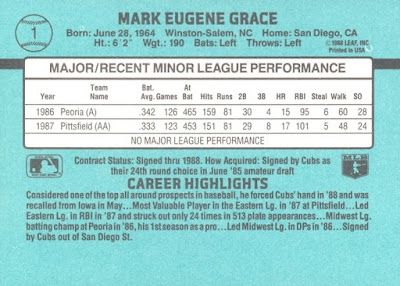 Mark Grace's rookie campaigned landed as the leadoff to the 1988 Donruss Rookies set. 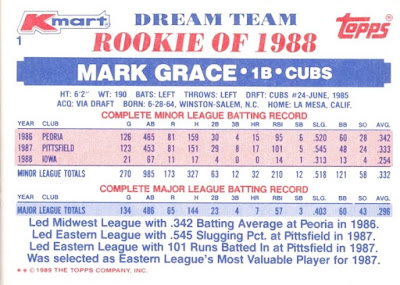 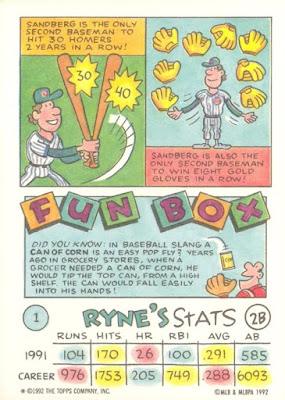 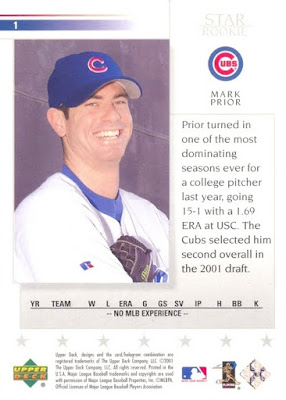 Upper Deck gave heralded rookie Mark Prior the top spot in their 2002 set. 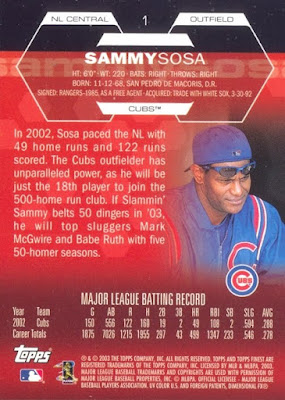 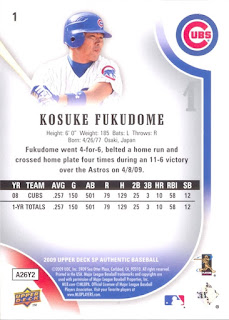 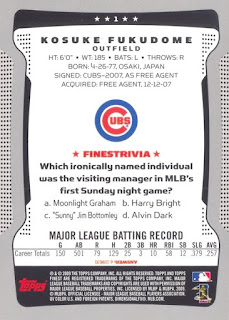 Kosuke Fukudome got to top slot twice in 2009, in SP Authentics and Finest.  He's the least-deserving Cub to get a #1. 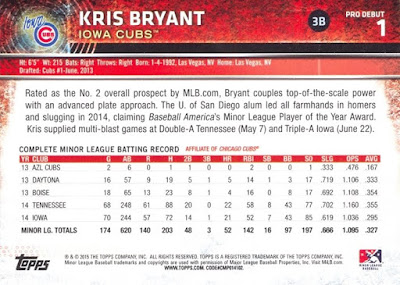 Kris Bryant, with all the hype surrounding him, got the #1 card in last year's Pro Debut.