Looking At All the Ginter Designs Over the Year

I meant to do this a couple of weeks ago...and forgot. 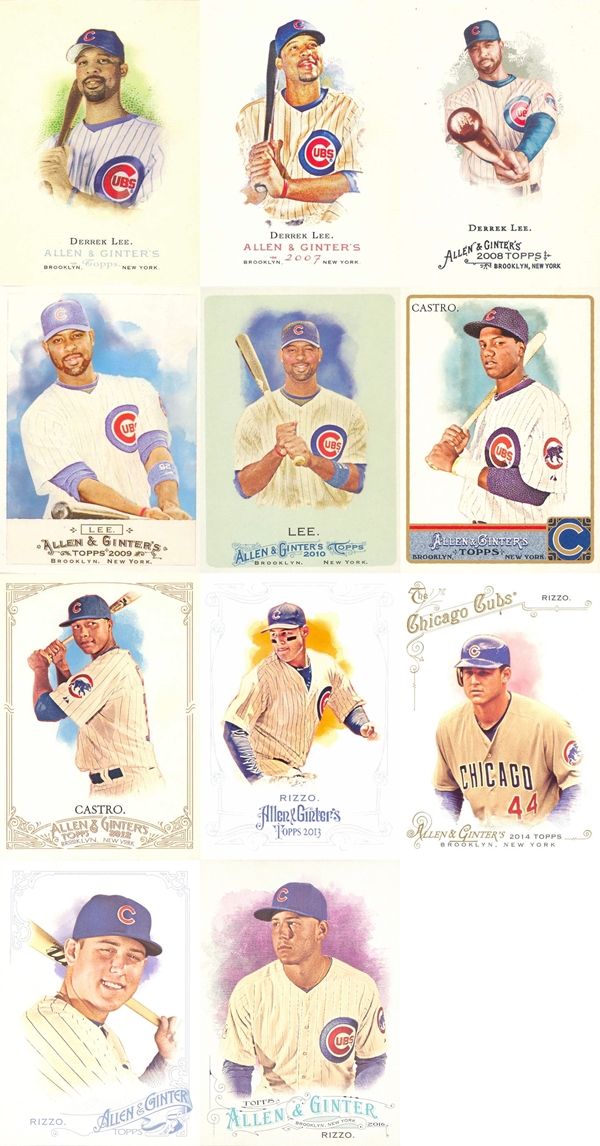 When you look at the complete one, there is definitely one outlier, 2011.  Its the only design with a full border, the only one with team logos.

Other design elements over the years:
Many of the cards use posed shots.  Action shots are pretty rare.  Because they use posed shots from the spring training picture day shoot, most Ginter cards show the players in their home uniform.  That is a bonus for me.

My predictions for the 2017 Ginter design:
It will list the players last name, there will be a watercolor cloud behind the posed shot of the players, the cards will say "Topps Allen & Ginter, Brooklyn New York, 2017, and I will buy the entire set.