Billy Williams was traded from the Cubs after the 1974 season. His familiar #26 was moving on to Oakland.  It was not a Cubs tradition to retire numbers, so I knew that his number would eventually end up on the back of another player.

But it was still an odd sight when it finally happened.

Larry Biittner was the first player to wear it after Billy was traded.  Biittner came to the Cubs in May of 1976 and was given #26.  During that era Cubs outfielders typically wore numbers in the 20s, so it made sense.  But I still didn't like it. 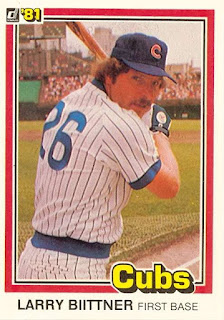 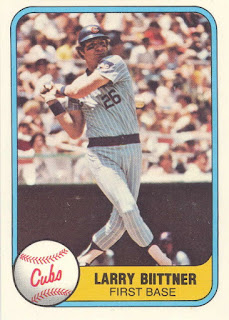 These are the only two cards of Biitter that show him with #26.  The cards are from 1981 but Biittner was signed as a free agent  by the Reds before the season began.  Also, these are older pictures because in 1980, Biittner switched to #33.  Billy Williams was a Cubs coach from 1980 - 1982 and he reclaimed his old number.

Billy kept the number through the 1982 season when he was fired after the final game.  His number went back in circulation.

It was used again by just one very nondescript player, Fritz Connally.   Connally was a September call-up in 1983.  He played in just eight games and had one hit in ten at bats.  He was traded to the Padres in the off-season so there would be no further desecration of #26.

With such a short time with the Cubs, pictures of him are not easy to come by.  I went through the Trib archives and found nothing.  In fact there was barely a mention of him in any article.  The White Sox were coasting to their first ever division title and the Cubs were barely a blip on the radar.

This is a spring training shot but we can't see a number. 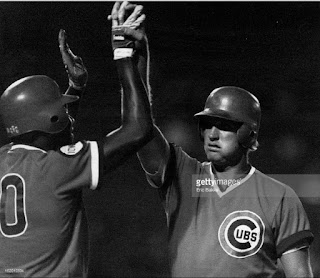 Getty Images has this from his time in AAA Iowa. 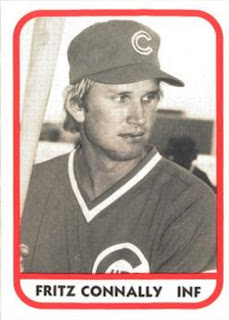 This is a 1981 card from his time with the Class A Quad City Cubs.

I wonder if a picture exists that shows Connally wearing #26?

Billy returned to the Cubs as a coach in 1986 and hit number was retired in 1987, so Connally was the last active player to don #26.