I got to hand it to Ebay seller Iowacubs1, he is very persistent.

After listing the Darwin Barney 2012 Heritage no position card several times, it was finally sold. 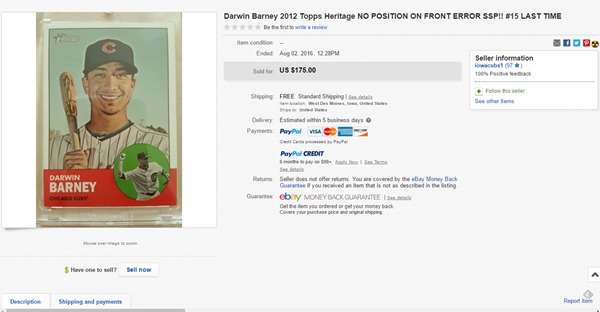 By the looks of the final listing, it looks like he was getting ready to give up.  This was the first time the card was listed with a Best Offer option.  And that's what led to the sale.

The first time I saw the card listed, the Buy It Now price was $350.  It came down with each new listing.  Sometimes it was even reduced while the listing was current.

And how much did it go for? 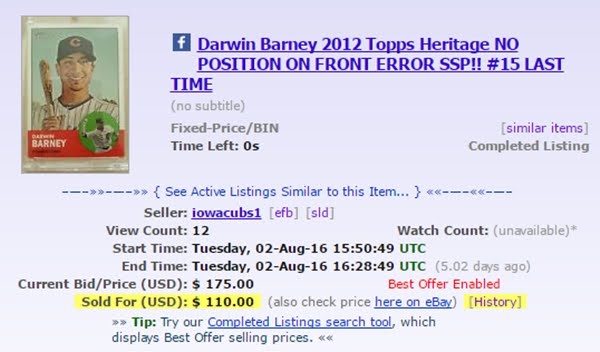 $110...less than a third of the original asking price.

But that is still a decent price for a card that is not as rare as you were led to believe.  The card is the 42nd Ebay listing and the 38th to sell.  The average sale price is now at $93.11.
Posted by Wrigley Wax at 7:00 AM