The Update Cubs Are Starting To Roll In

Some of my Update cards are starting to arrive.  My big shipment from Brentandbecca is still coming.  It takes Brent a while to rip and sort 95 cases of cards.

But not all the Cubs cards are coming from Brent. Two of the insert sets were retail-only, which he doesn't rip.  Those cards were going to have to come from elsewhere.

Luckily I was able to find a seller on Ebay that had all of them, all five. 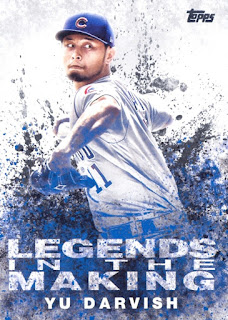 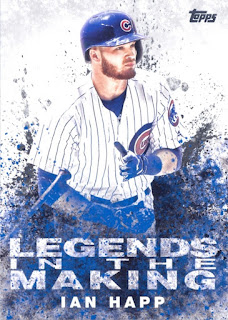 Happ and Darvish are Legends in the Making. This set was also a part of Series One and Series Two.  With two more in Update, the Cubs Legends total stands at seven.

An insert set making it's debut in Update is Postseason Preeminence.  The Cubs landed three players on the checklist: 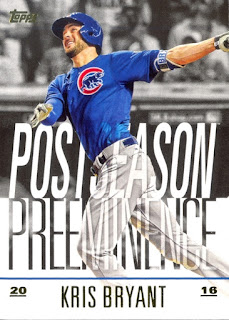 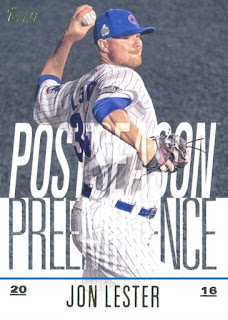 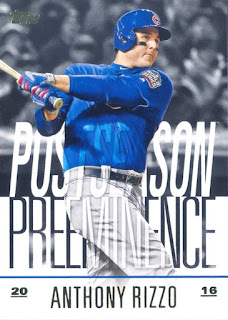 Bryant, Lester, and Rizzo.  I sure hope they have a chance to be preeminent in the 2019 Postseason.