A couple weeks ago I mentioned that I was going after all of the Cubs from Donruss Classics, inspired by a card from reader Chad.  All of the Classics cards have now arrived and are ready to show.

The 2001 Classics set was the debut set.  It is made up of 198 cards which were a mix of current, rookie, and retired players.  It was originally going to have 200 cards, but licensing issues with Sandy Koufax and Robin Roberts cut it to 198.  The rookie cards were limited to 585 copies while the retired guys had 1,755 copies.  The limited numbers with the rookies meant I had to spend more for some unknowns than usual.

There are eight Cubs in the set. 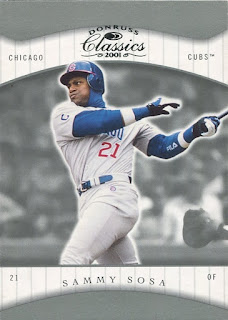 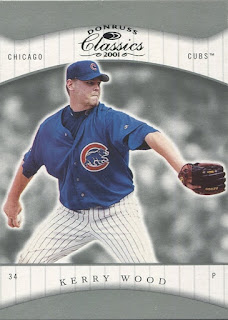 Sammy Sosa and Kerry Wood were the only two current Cubs included.  The current players were given cards with a silver tint.  These were common cards, so 18¢ each was all it took. 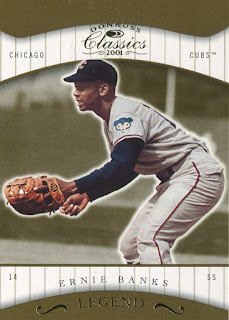 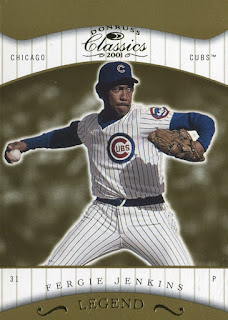 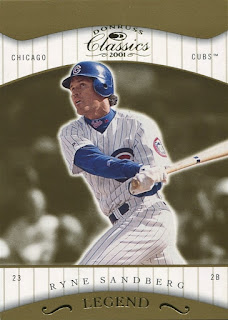 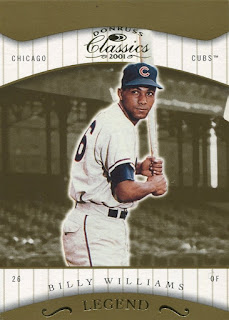 Four Cubs were in the Legends category,  I already had the card of Billy in the player collection so I just had to move it from one spot to another.  The others were /1755 and it took a few bucks each to land them.  Does it strike anyone else as odd that Donruss made 1,755 of each of them?  That is a very weird, unround number. 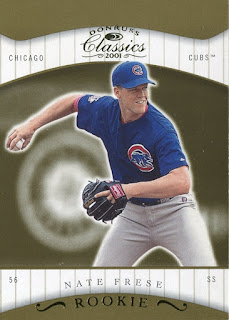 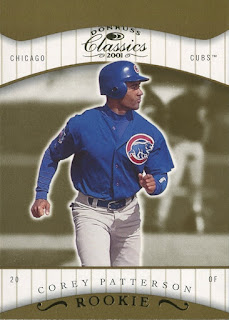 Here are the two Cubs rookies, Nate Frese and Corey Patterson.  The /585 (another weird, unround number!) sent me on a bit of a chase.  The Patterson card was found on Sportlots for a buck while I had to go to Ebay for Nate Frese.
Posted by Wrigley Wax at 7:00 AM