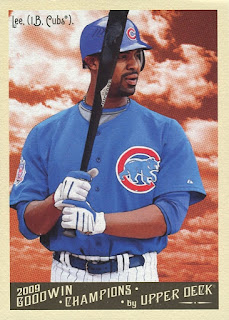 This card from reader Chad inspired another trip to Sportlots.

Goodwin Champions was Upper Deck's Allen and Ginter or Gypsy Queen.  It is based on the 1888 cigarette cards set put out by Goodwin Company, maker  of Old Judge and Gypsy Queen cigarettes.  The set consists of 50 sports stars of the day.  Eight baseball players were on the checklist, including.... 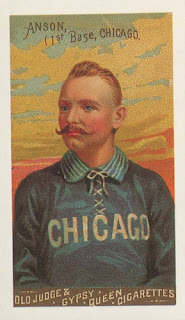 Upper Deck put out their set in 2009.  Their cards were the standard baseball card size, not the smaller cigarette card size.  UD also change writing on the bottom of the card, using the Goodwin name instead of Old Judge and Gypsy Queen.

The 2009 set consists of 210 athletes from sports and entertainment.  UD also went the lame SP route, with 40 short-prints and another 20 super short prints.

In addition to Derrek Lee, there were seven other Cubs included. 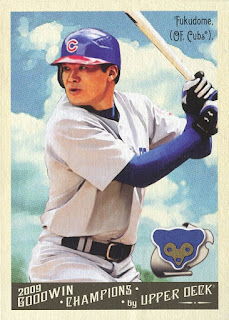 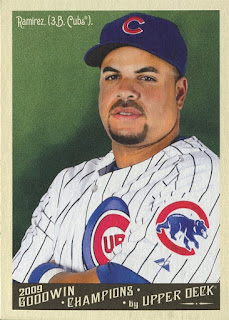 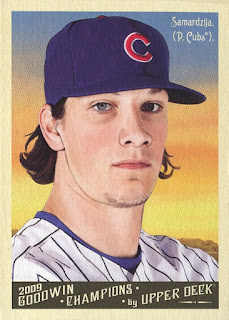 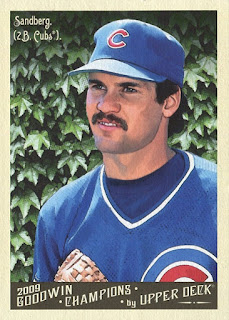 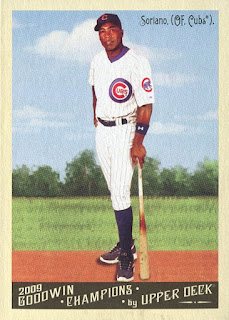 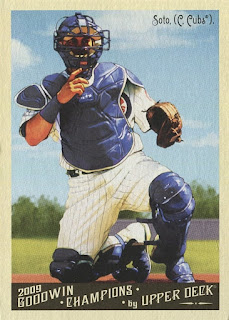 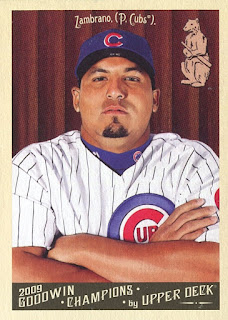 A few thoughts...
.... the artist made Aramis Ramirez look 20 pounds overweight
... no card should ever show Ryne Sandberg with that lame mustache
... within a year, that Soto card would be the only kind that UD could make -- no logos
... Zambrano is one bad looking hombre!
Posted by Wrigley Wax at 7:00 AM