The 2002 version of Donruss Classics followed a format similar to the 2001 set.  The first 100 cards in the set were the base cards, of current players,  The next 100 were either rookies of retired players and they were limited to 1,500 copies.  The last 25 cards came out in a second series and those cards were randomly scattered into packs of Donruss The Rookies. 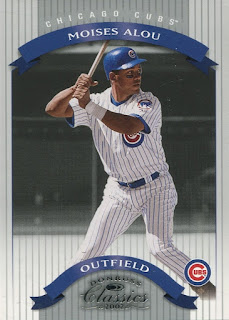 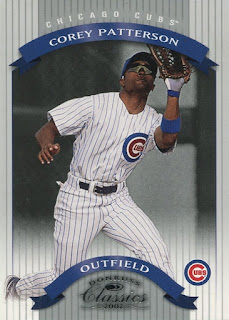 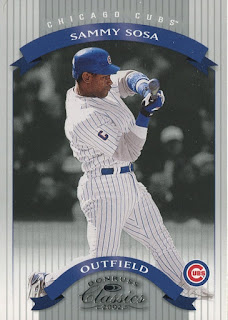 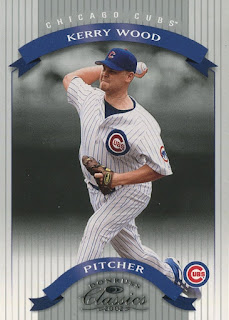 The current players cards once again have the silver tint.  The legends and rookies, numbered to 1,500, were gold-tinted. 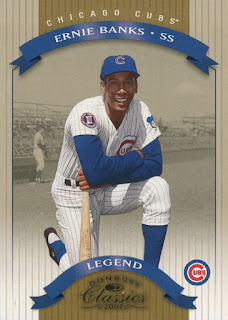 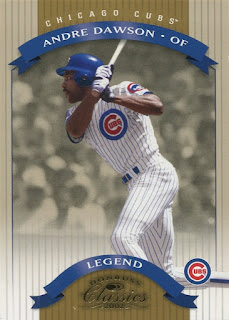 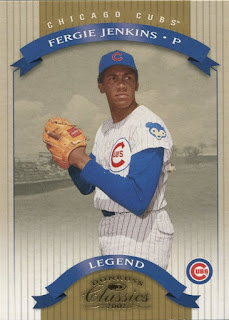 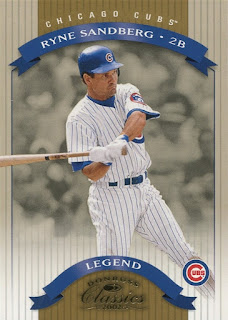 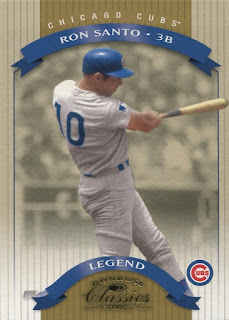 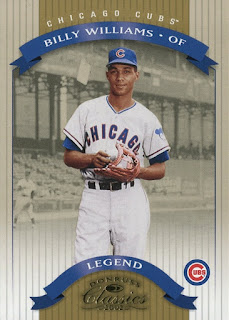 Six Cubs out of the 50 legends is a pretty good showing!  All six are Hall of Famers, though Santo and Sandberg were not in the Hall when the cards were released. 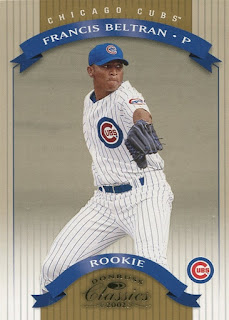 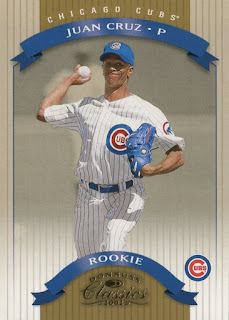 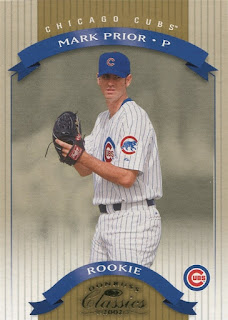 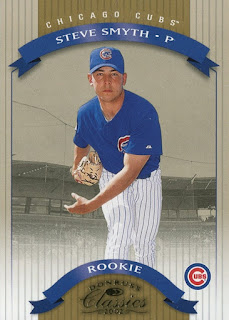 Mark Prior was the biggest name of the four Cubs rookies.
Posted by Wrigley Wax at 7:00 AM