Today we bring the curtain down on the first run of Classics.  The 2005 edition marked the end of the line for Classics, and for Donruss as a baseball card producer as well.

The 2005 set consists of 242 cards, though they are numbered from 1 - 250.  Cards #1-200 are the current players.  The prospects have numbers 201-225 and these are both numbered and autographed.  This is also the grouping that has missing cards.  I'm guessing that they didn't get the autographs from the prospects, so just skipped the card.  The final 25 cards are the legends and they too are numbered, to 1000.

Nine Cubs were in the active set. 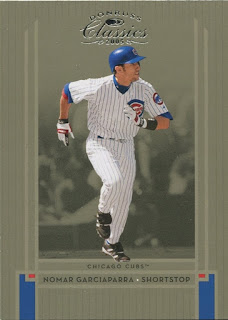 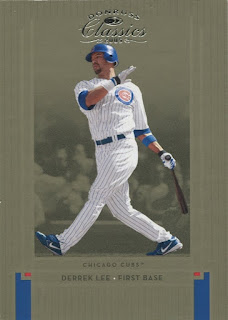 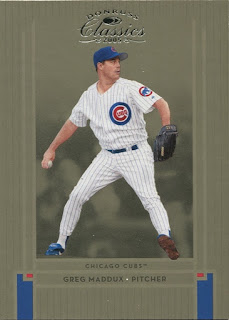 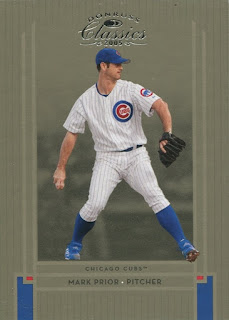 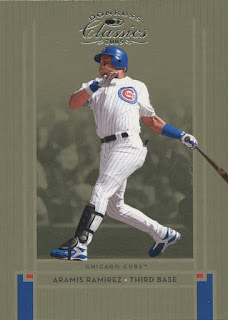 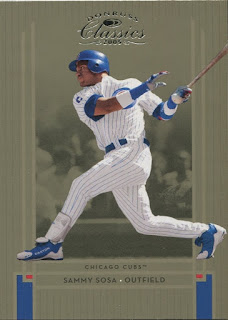 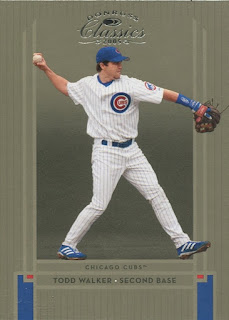 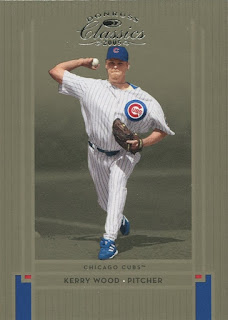 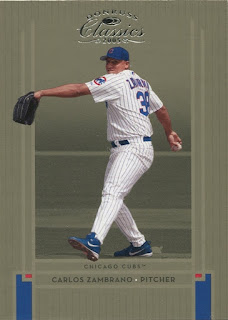 Just one Cub was among the 17 prospects, and so I ended up with an autograph of... 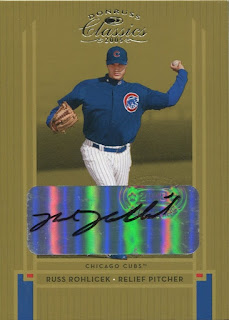 ...Russ Rohlicek.  Russ never made it to the major leagues.

In previous years, the Cubs had a decent showing among the legends. Not this time, though. 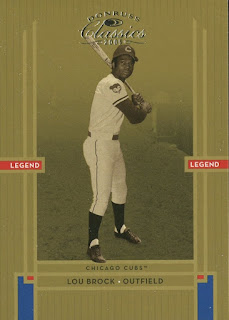 This is the lone Cub, Lou Brock.  Billy Williams was in the set, but he was shown as an Athletic.

With this, Donruss was done with Classics and with baseball.  The brand did return in 2014 when Panini resurrected the Classics name.  I showed those cards here.  The brand has not been back again.
Posted by Wrigley Wax at 7:00 AM