The 2004 edition of Bowman Heritage used the most popular original Bowman designs, the 1955 TV set.  Not only was it a TV set, but it was a color TV set.  That would have been a very expensive item in 1955.  Networks didn't convert completely to color programming until the mid-1960s.

A quirk of the original Bowman series was the color of the TV set. The first 64 cards featured a lighter-colored television and the Heritage set did the same thing.

While the 1955 set has 320 cards, the Heritage set included 351, including 51 short-prints.  There are fifteen Cubs in the set.  Four of the cards have the lighter TV set and just two of the cards (Garciaparra and Sosa) were short-printed. 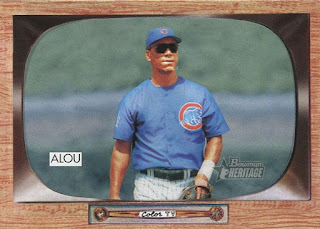 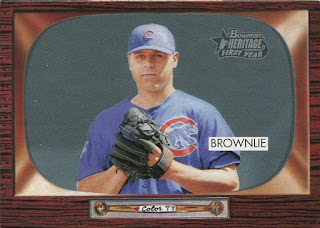 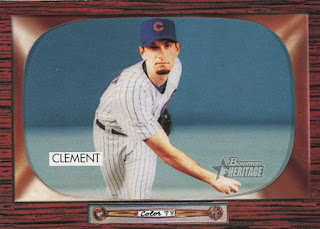 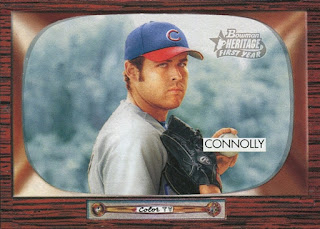 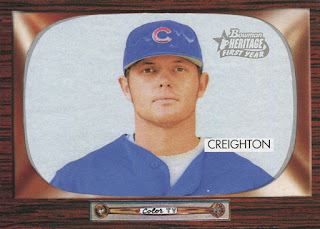 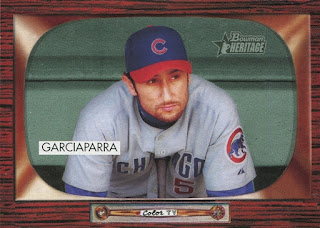 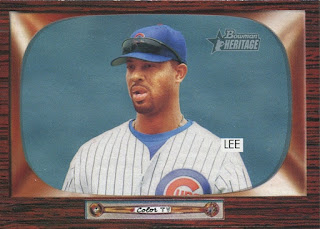 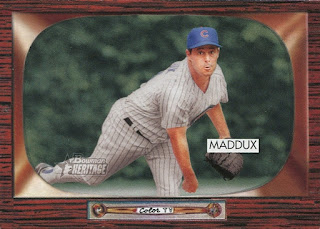 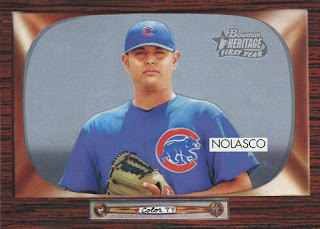 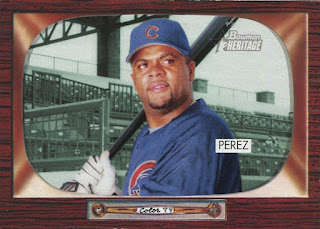 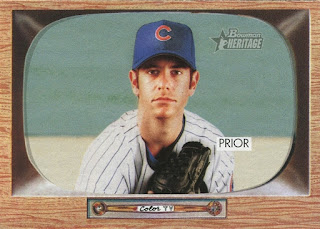 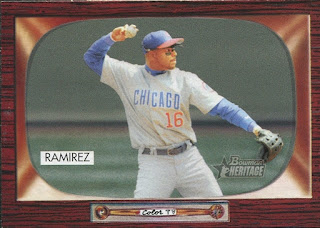 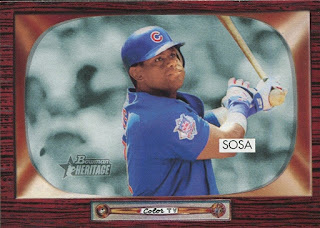 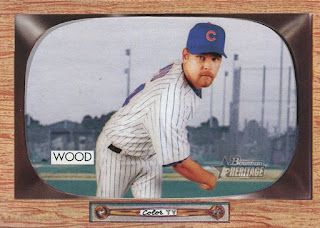 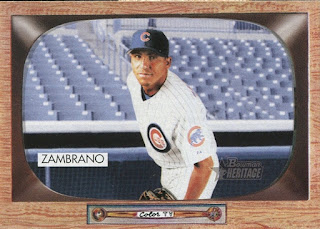