Let's keep rolling through the Classics... I sound like a DJ! 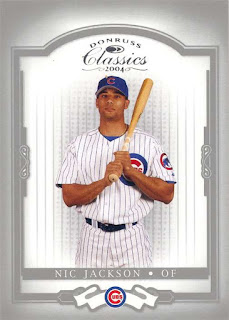 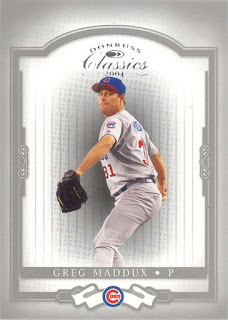 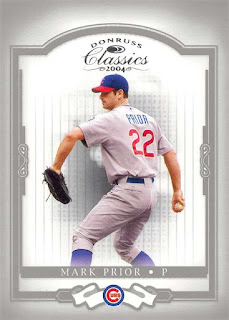 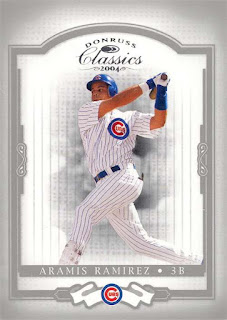 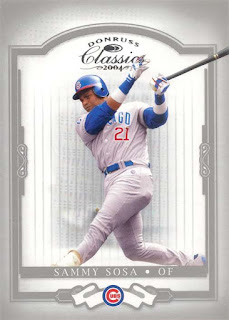 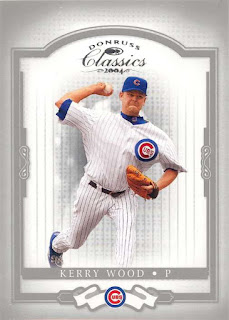 Nic Jackson is an outlier with this group as he never played an inning of major league ball.  It's odd that he was sliver instead of a prospect gold.

The Greg Maddux card is one of the three add-on traded cards, as he returned to the Cubs as a free agent prior to the 2004 season. 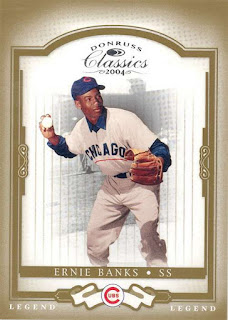 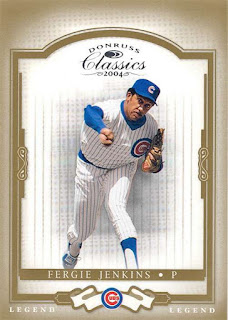 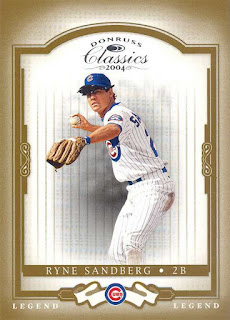 Three Hall of Famers... the Sandberg card is one of the five add-on legends. 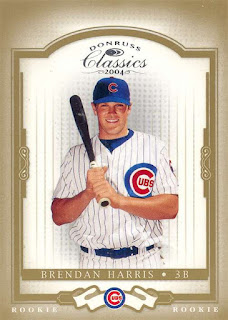 Brendan Harris is the lone Cub prospect.  He ended up with an eight-year MLB career, though just 3 of his 529 games were played in a Cubs uniform.