Classics has wrapped, so let's move ahead with Bowman Heritage.

The card design is very basic -- a picture of the player and a colored box with his autograph.  Most of the signatures on the Cubs cards are fairly legible.  That surprised me. I thought I'd have a harder time figuring out the names. 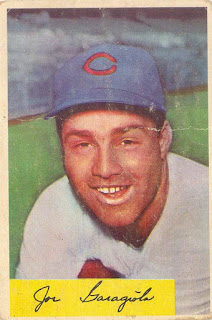 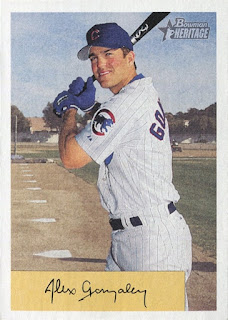 Here's a side-by-side look at the originals and the Heritage versions.

The sets consists of 440 cards and one fourth of the cards were short-printed.  There are
17 Cubs and seven of there were SPs.  That is almost half, which seems a bit unfair! 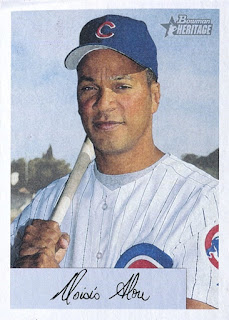 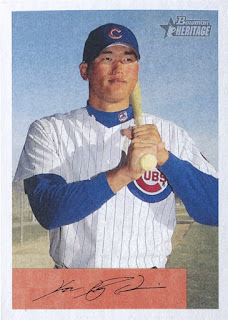 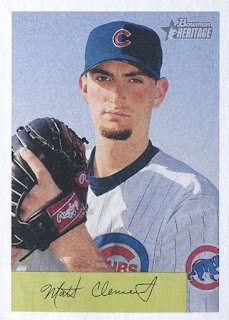 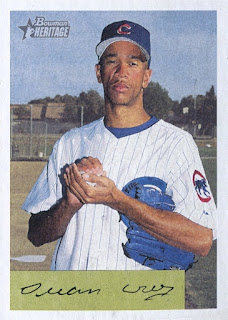 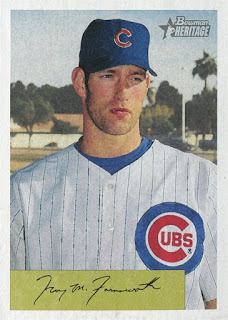 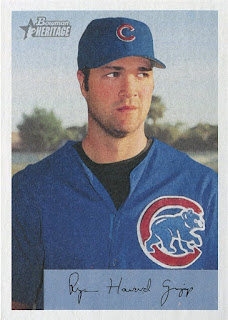 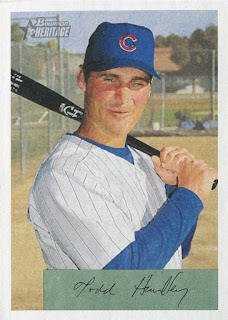 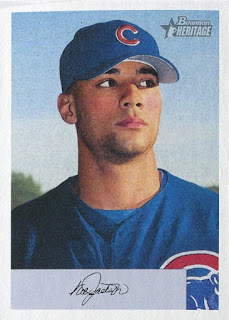 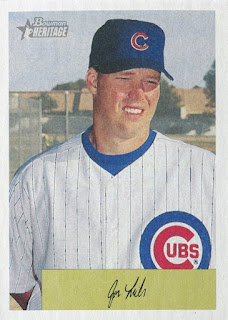 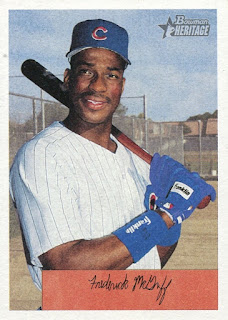 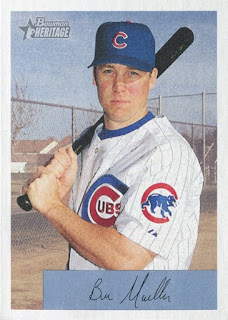 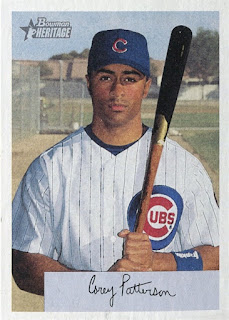 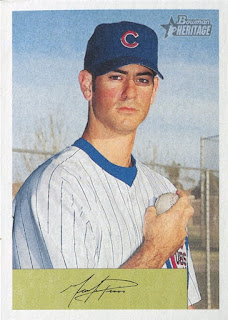 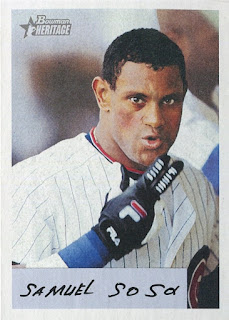 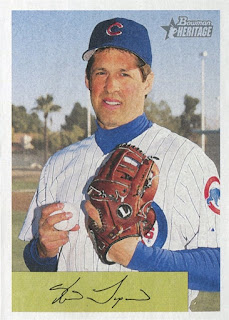 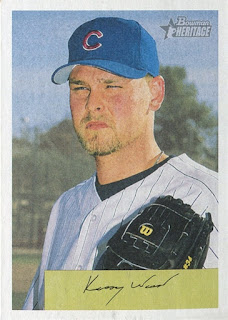