My Collection Goals for 2020 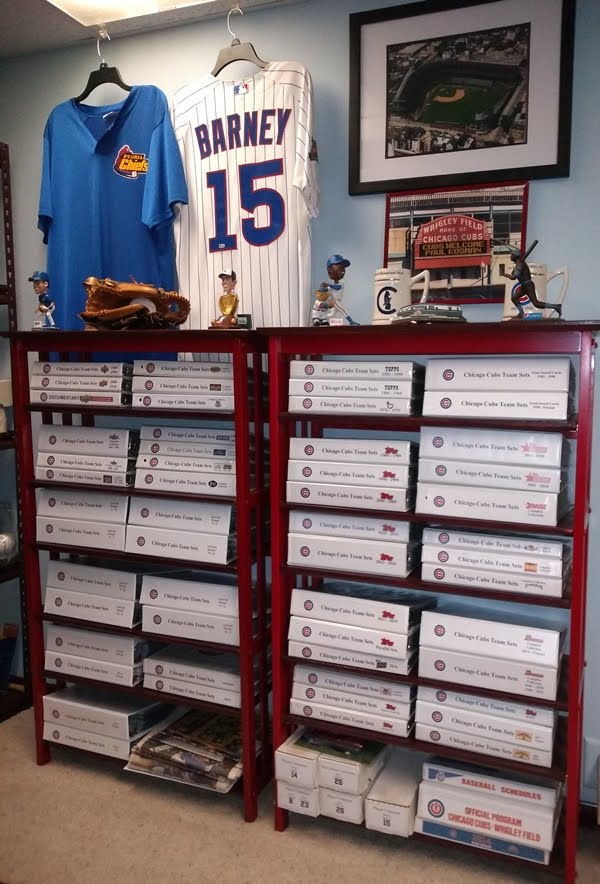 I've settled into a collection that I am very content with.  The goals are mostly the same (just one new one) and meeting them is not too difficult.

GOAL #3: Add any autograph and relic cards for Cubs players that haven't previously had one. I'm done with players from previous seasons, so now its just a matter of adding new guys as cards are issued.

GOAL #5: Add odd-ball sets and sets of smaller brands that I missed earlier.  I've been having fun with this one and hope to add several more of the smaller sets.

GOAL #6: Write something about the collection every day, though if I take a day or two off, that is OK.

GOAL #7:  Thin the collection a bit.  I'm starting to run out of shelf space and I really don't want to add more.  I won't be thinning my Cubs collection (that would be unthinkable!) but I do plan on getting rid of some non-Topps complete sets.  I have several that I'm not all that interested in any longer and can clear some space by moving them out.