Cubs players were included in most of the insert card sets. 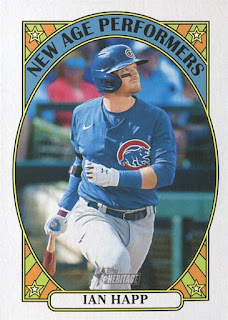 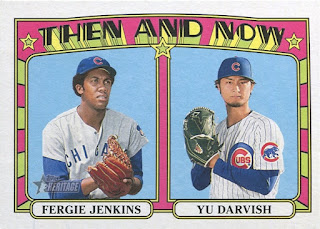 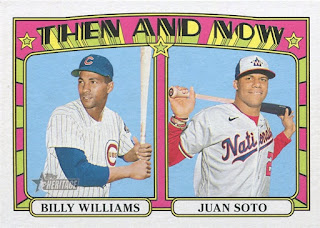 Then and Now features a couple of Cubs.  The picture of Fergie seems to be from 1971 and is very appropriate.  The Billy Williams picture is not, as it is from the mid-60s. 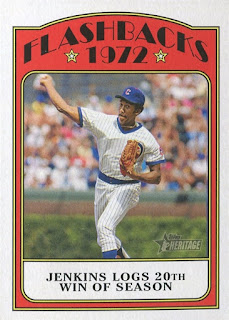 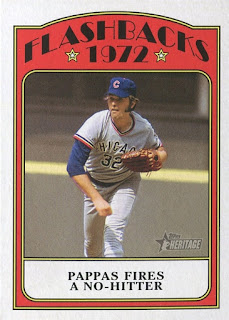 Fergie gets a Flashback card for his sixth consecutive 20-win season.  The picture, though, is a loser as it is from his second stint with the Cubs in 1982 and 1983.  The Pappas card commemorates his near-perfect game no hitter.  The picture on the card is from 1972, but it's from a road game.  Pappas threw the no-hitter at Wrigley Field.
The are some other non-card type inserts; die cuts, candy lids, and posters.  I have all of the Cubs from those on the way and I'll get them posted once they arrive.