I picked up a bonus program for my collection. 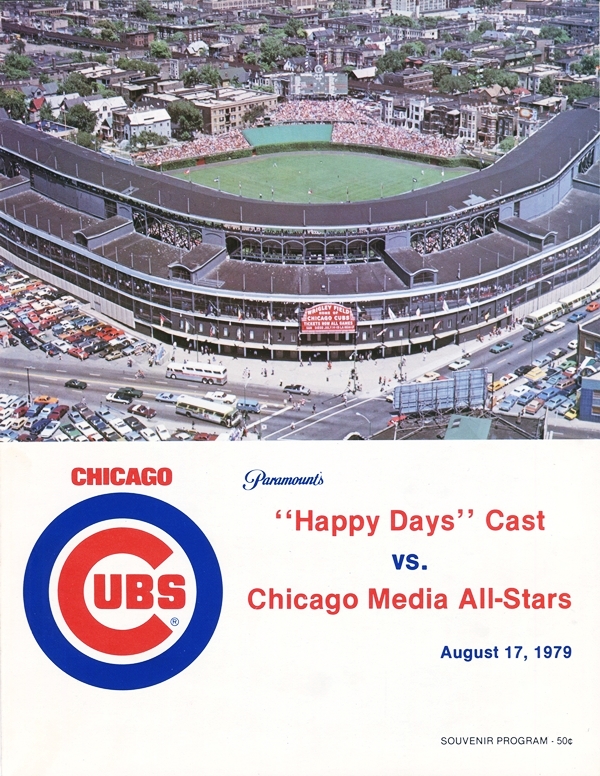 Who knew the Happy Days cast had a softball team? 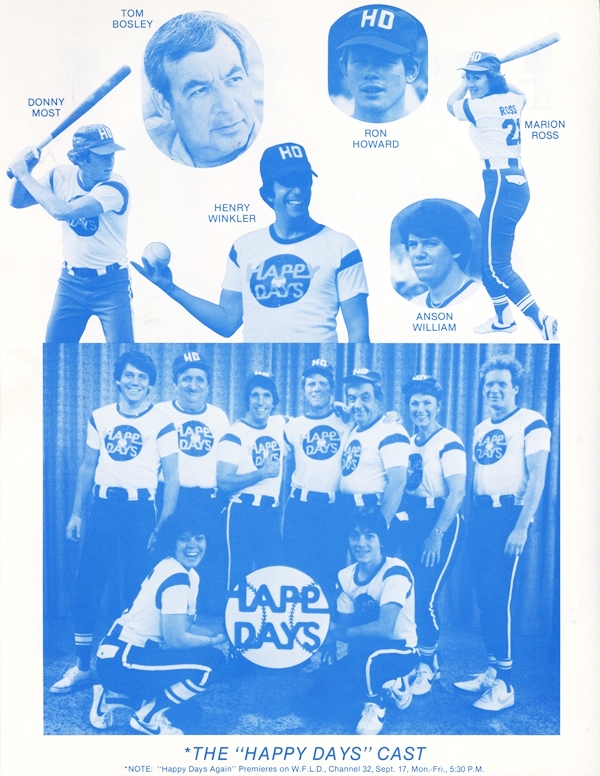 They sure did, though, with real uniforms and everything!  They came to Chicago on August 17 and played a game against some Chicago media personalities. 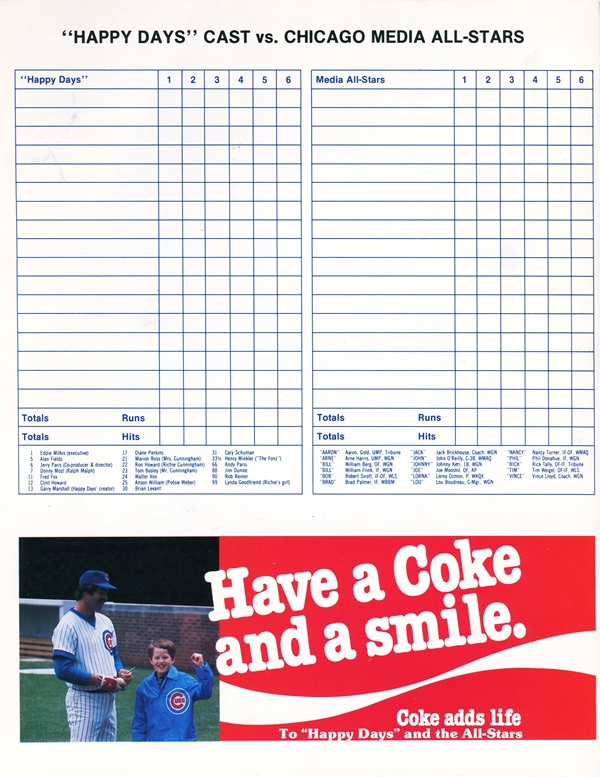 The scorecard in the program I bought was not used.  I wonder who won the game?
I found a few pictures from the game. 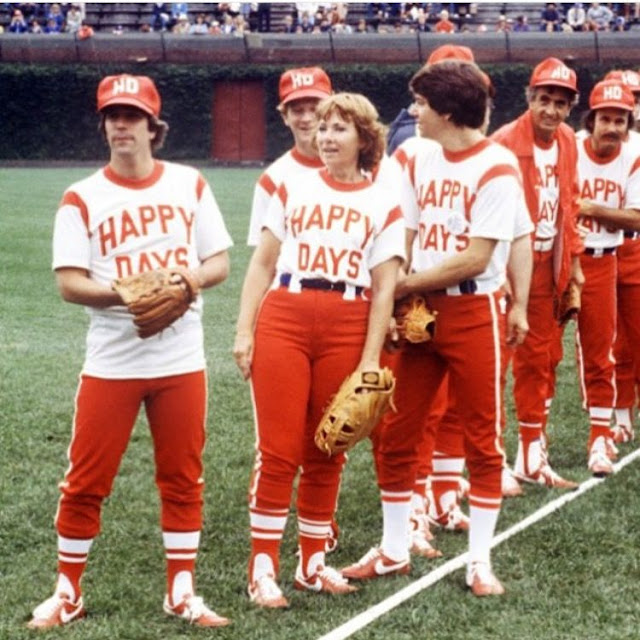 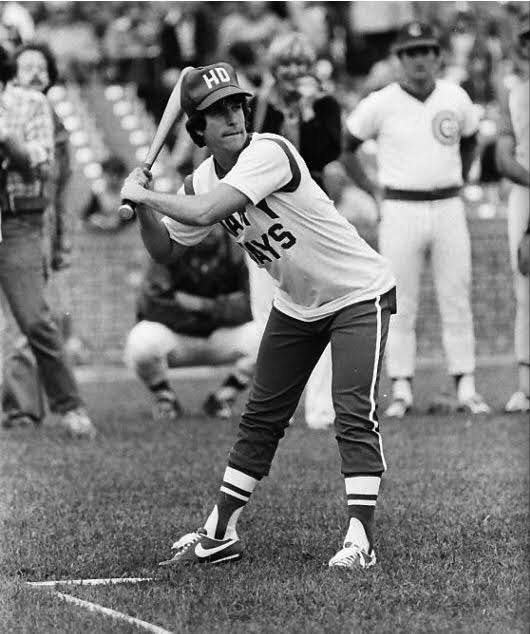 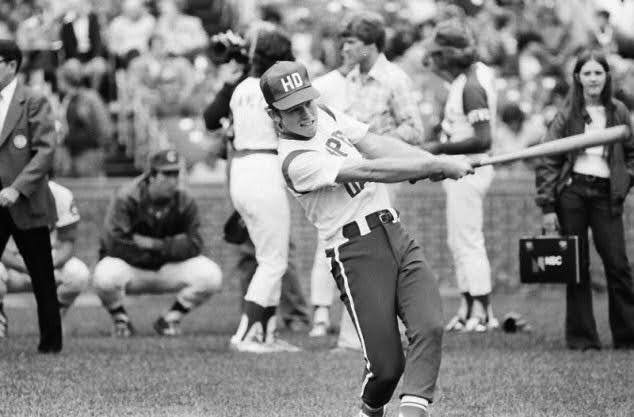 It looks like most of the big stars were there.  The only main cast member I couldn't find was Tom Bosley.  It seems odd that he wasn't there because Bosley was a native Chicagoan and a life-long Cub fan.  Maybe he's one of the people obscured in the picture by Potsie.  In fact, the person directly behind Potsie has chucky arms and legs, so maybe that is Mr. C.
The cast was wearing a uniform that was different than the one shown in the program. Did they have several sets?
The crowd that day was 19,099.  The game was in the middle of a nine-game homestand and the attendance for the Happy Days game was the lowest of the entire homestand.  Happy Days was the third-highest rated TV show at the time, but I guess Cub fans weren't interested.
Posted by Wrigley Wax at 7:00 AM