My Heritage shipment has arrived.  If you don't like Heritage, I'll see you next week because that's all you're going to see here over the next several days.  We start today with the base set.

I was 10½ years old during the summer of 1972.  I have a pretty clear memory of buying my first pack of '72 cards and not liking them at all.  The design was too funky for me.  It ended up being the set I bought the least during the decade.

Over time the 1972 set has grown on me.  Today it is one of my favorites.  I've come to appreciate the funkiness. 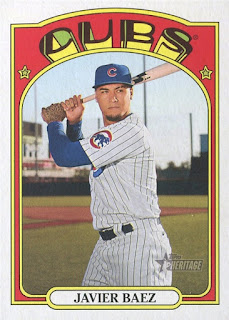 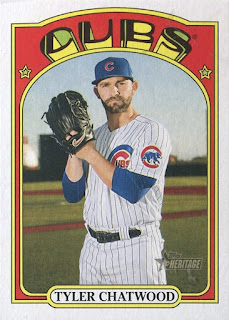 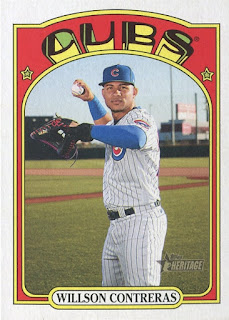 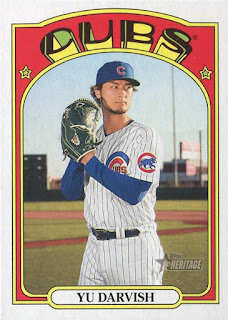 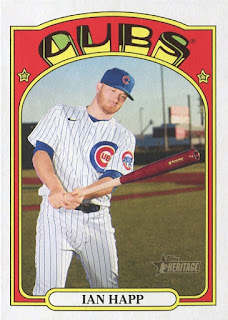 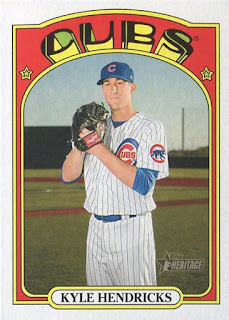 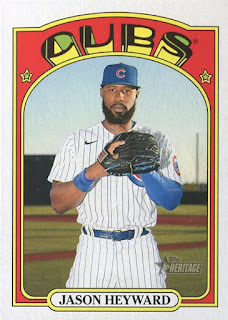 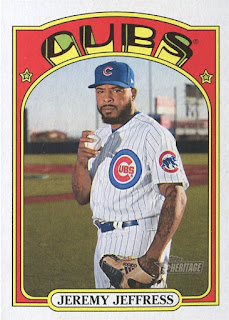 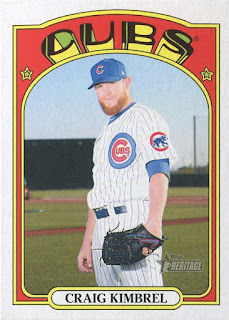 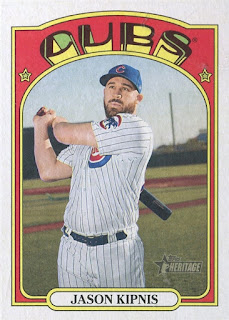 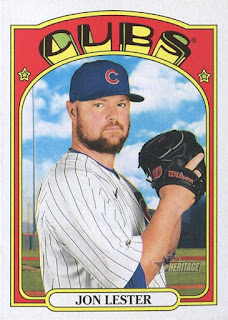 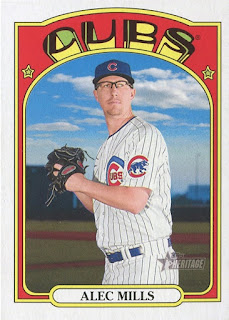 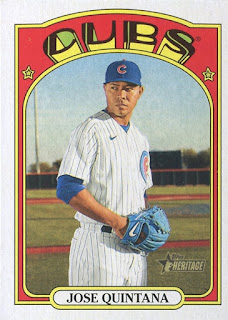 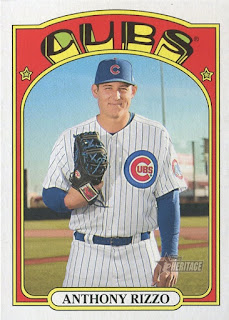 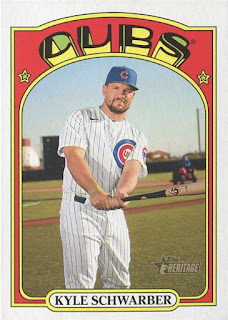 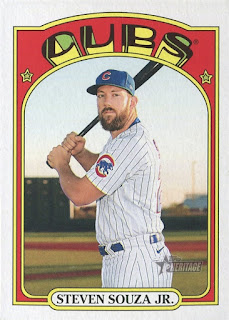 There are sixteen Cubs cards with the base design.  Of the sixteen, seven are no longer with the team.  That's a lot of turnover!
There is also one huge Cubs player missing from the set, Kris Bryant.  How on earth does Topps give a card to Jeremy Jeffress, Jason Kipnis, and Steven Souza, but not Kris Bryant??

Like the '72 set, Heritage has several subsets and most include Cubs. 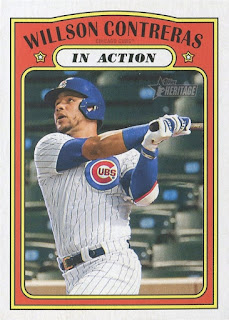 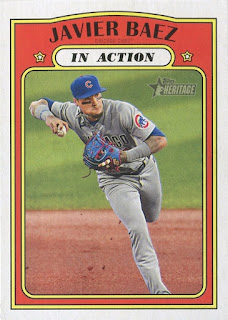 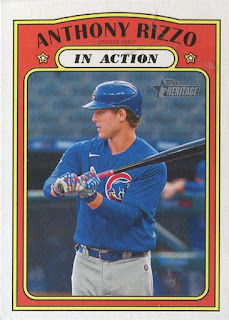 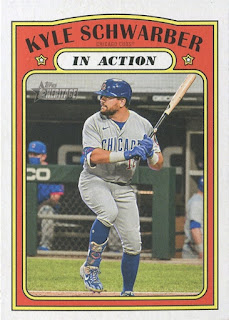 The In Action cards were a novelty in 1972.  Topps did make an unnecessary addition to the Heritage version.  The team name, in very small letters below the player's name, was not on the originals. 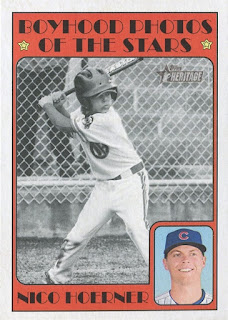 No Cubs players were in the 1972 Boyhood Photos of the Stars so its nice to see one included in Heritage.  Using Hoerner does bring up a question however.  If he is star enough to be in the subset, whey does he not have a base-design card? 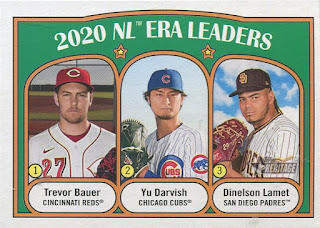 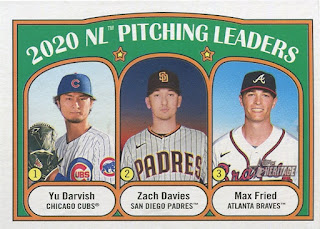 The dearly departed Yu Darvish is on two of the leader cards. 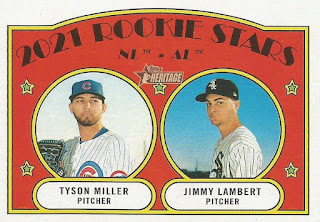 Tyson Miller is the lone Cubs player on a rookie card.
Posted by Wrigley Wax at 7:00 AM