Merrick Mint has put out a couple of Gold card sets.  One set is listed in both the TCDB and Standard Catalogue, while the other is not.  And the information in the catalogue and TCDB doesn't agree with one another.  I have no idea if I've got all the Cubs cards or not. 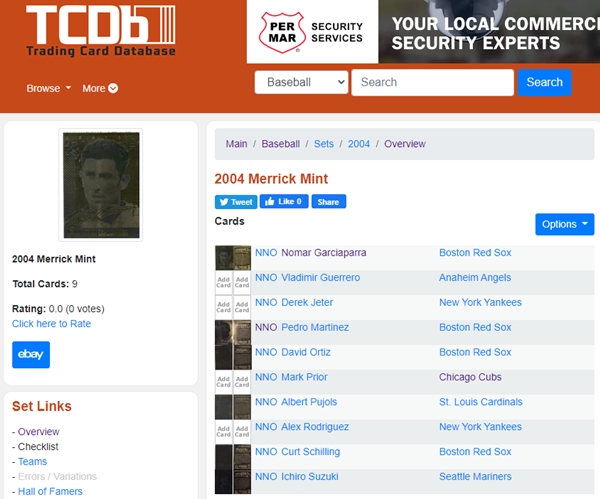 Here's the information on the first set.  The backs of the cards call them Gold Cards, so that's the name I'm going with.  The catalogue lists 17 cards while the TCDB has only nine on it's checklist.  The dates don't agree either, with one listed as 2003 and the other 2004.
Want to get really confused?  Take a look at the Gold Cards that I have.  One thing about the images... I had to take pictures of these.  Scanning didn't work because of the reflectiveness of the gold.  The scans turned out looking almost completely black. 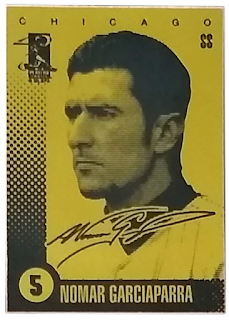 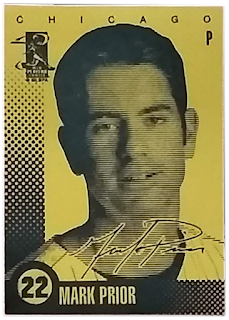 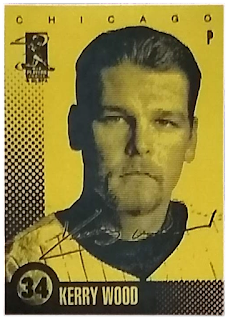 Two of the three Cubs I own are not on either checklist.  Nomar is with the Red Sox on one list and Kerry Wood is missing from both.  Both checklists have Sammy Sosa, but I've never seen a Sammy card from this set.
Confused yet?  It gets worse.
The second set has cards that have fronts that look almost identical to the first.
The backs are slightly different, as they call the cards Gold Cards Signature.  On the front you'll notice a slight difference with the player's autograph.  It is gold on the Signature cards.
I've found just one Cub in the Signature set... 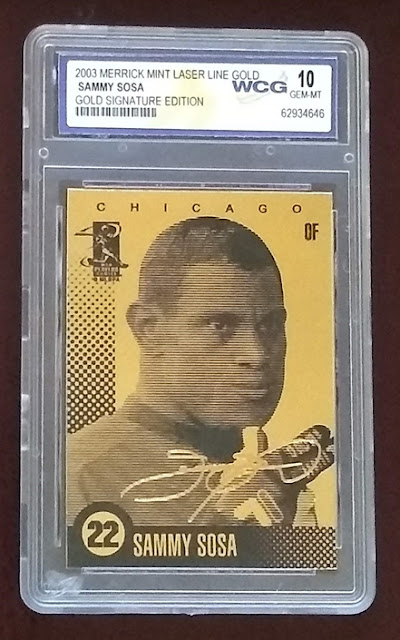 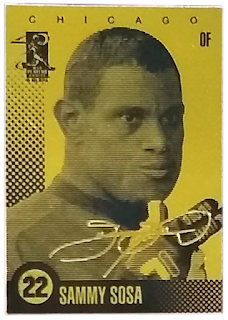 You can see that my Sosa card started out in a graded holder.  The company, WCG, is one of those bogus companies that gives every card a 9 or 10.  I took the card out of its plastic prison almost immediately.  Look at the signature and you can see how it is all gold, while the others have black in them.
Is this the Sosa card that the catalogue and TCDB are talking about?  Did they not realize that three were two sets?  And what about Kerry Wood?  How is it that there is so little accurate information out there about sets that are less than 20 years old?
Posted by Wrigley Wax at 7:00 AM