I've got 19,145 Cubs cards from 284 different brands listed on a spreadsheet. A random number generator picked five cards, one each from the past several decades. 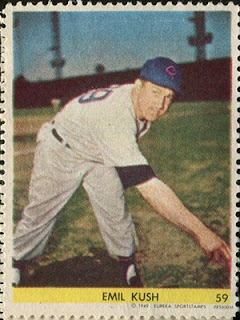 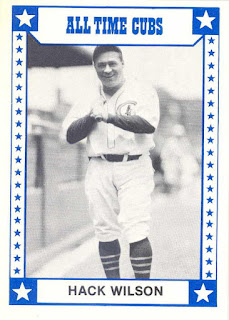 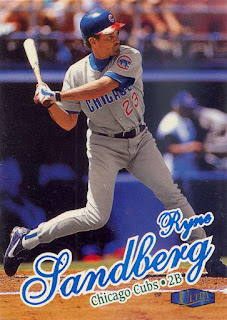 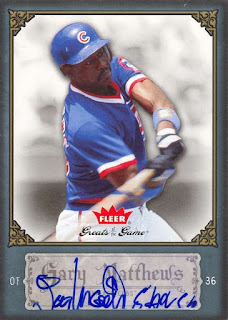 2000s: 2006 Greats of the Game #41 Gary Matthews Autograph Sarge's autograph is a mess!  It is very hard to read and he went off the edge of the sticker. 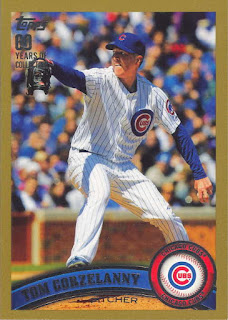 2010s: 2011 Topps Gold #76 Tom Gorzellany  Ten years ago I was all-in on the different parallel sets. I have since learned the error of my ways!
Posted by Wrigley Wax at 7:00 AM