I need to take a break from the game programs.  Instead, let's talk about my man, Manny Trillo.  He was one of the players that the Cubs got from Oakland in exchange for Billy Williams.  To me that meant that he really needed to perform.  I didn't want to feel like they got nothing in return for my favorite player.

Manny actually did pretty well for the Cubs and for some of the other teams he spent time with. 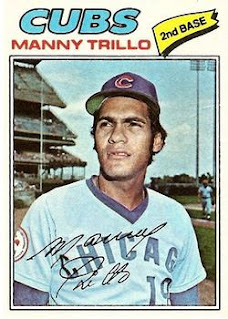 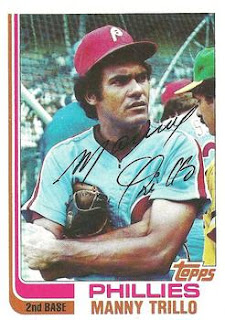 He went to the Phillies in 1980.  He made two more All Star teams and won three Gold Gloves while in Philadelphia. 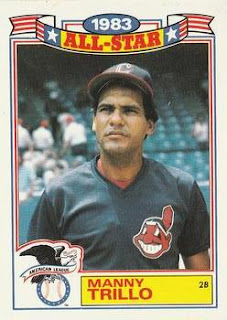 After the 1982 season he was one of five Phillies sent to the Indians for Von Hayes.  You don't see too many trades like that any more.  He spent four months with the Tribe, made the All Star team, and then was traded to the Expos. 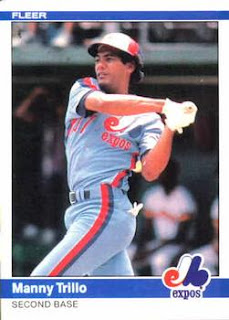 His time in Montreal was just that two-month stint in 1983.  He became a free agent after the season. 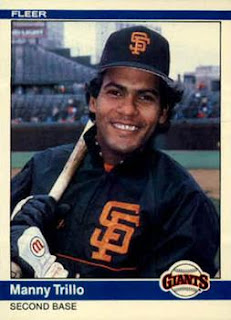 His travels continued as he signed with the Giants for the next two seasons. 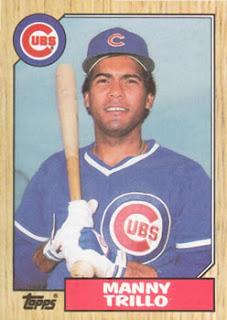 The Cubs welcomed him back in 1986 and he spent the next three years as the team's main utility guy. 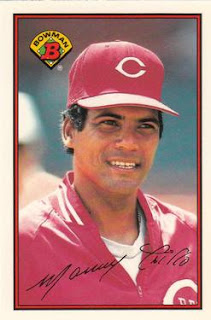 A short stint in 1989 with the Reds capped his career.