I am still missing four cards to complete the 1971 O-Pee-Chee Cubs set.  This set has been the most difficult and expensive thus far.

The OPC cards from 1971 are unique because for the first time since partnering up with Topps, OPC designed a completely different back.  Or at least they did for the four series.  Just the background color was changed for the fifth and sixth series. 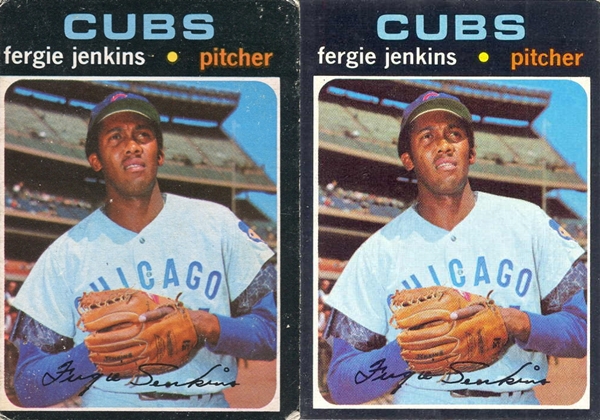 The fronts are identical. 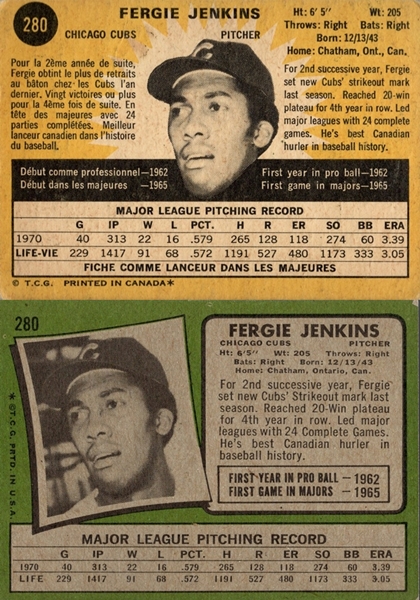 This is what the backs look like from the first four series.  I didn't use my usual circles and arrows to point out the differences since almost the entire OPC card is different. 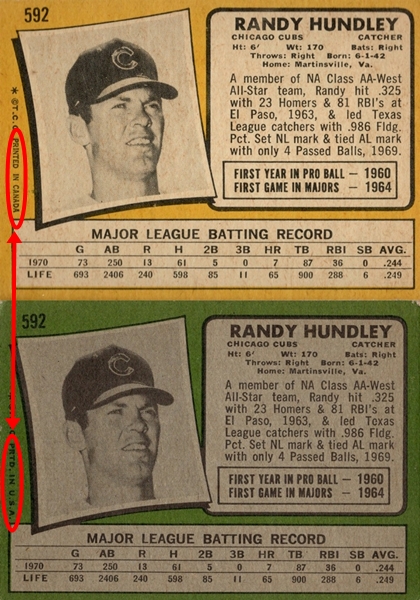 The last two series just have a color change and different copyright information. 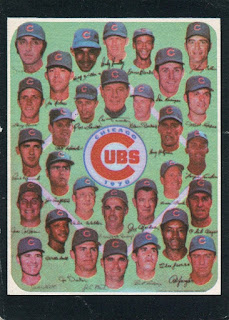 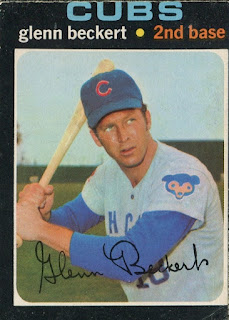 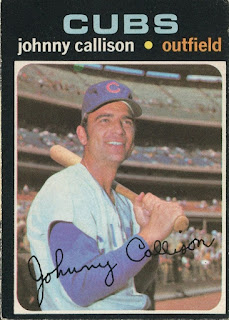 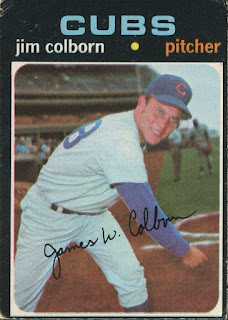 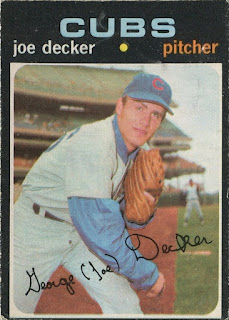 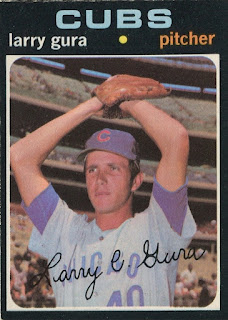 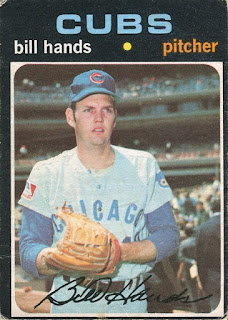 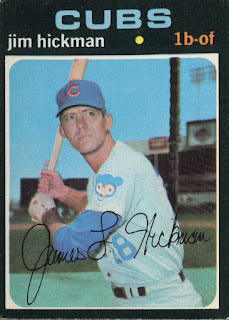 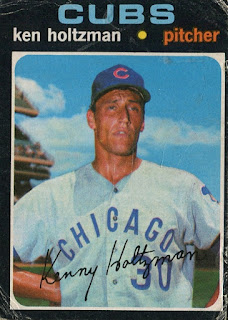 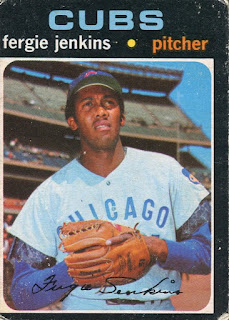 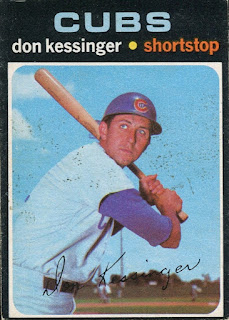 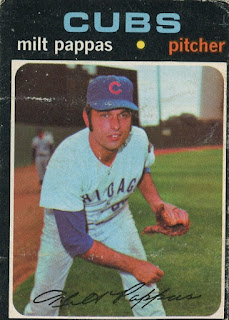 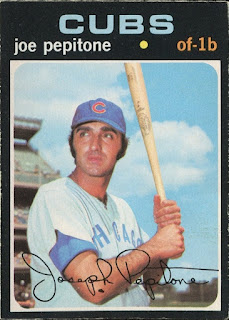 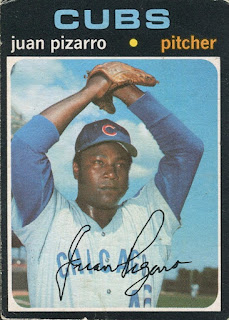 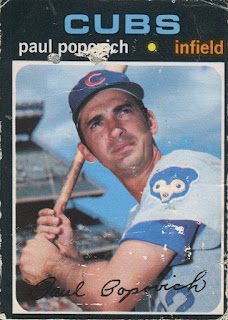 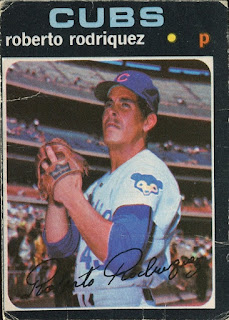 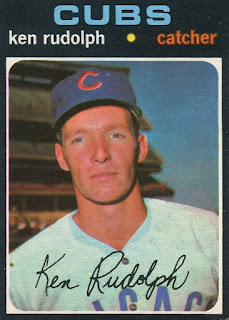 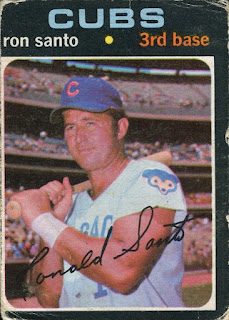 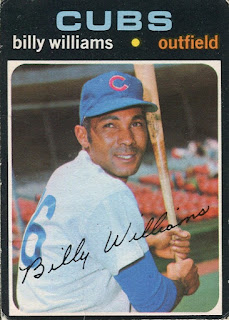 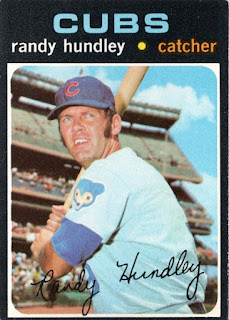 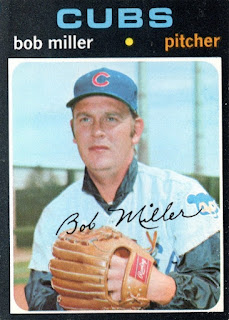 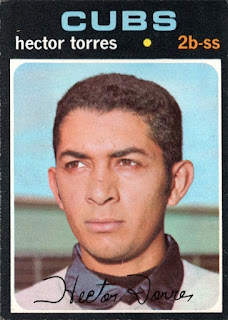 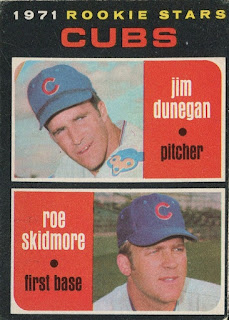 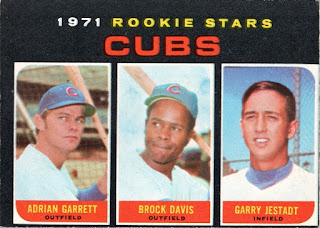