I've been putting together a collection of Cubs game programs from when they were started by the Tribune Company in 1982 until they were stopped after 2019.  Most seasons saw four produced and my collection will end up with 127 different programs.  They include one of each of the programs from years when four or fewer were made, just one from a season that had different programs for each homestand or series, and one from each of postseason series.

I was missing the first program from 1990 and the second and fourth from 1996. 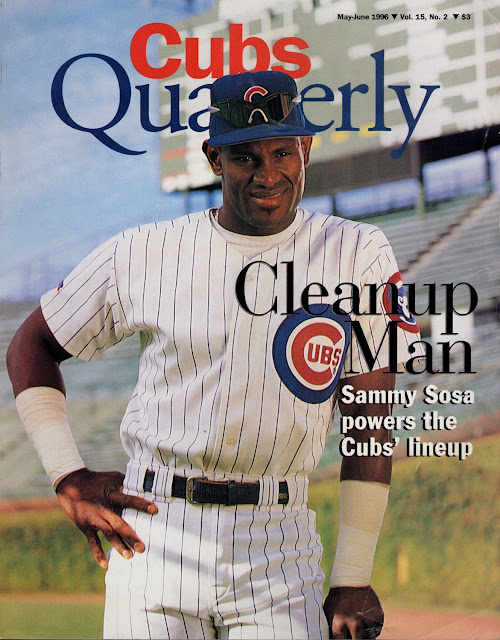 Now I need just one more from 1996.  And who do you suppose is on that cover? 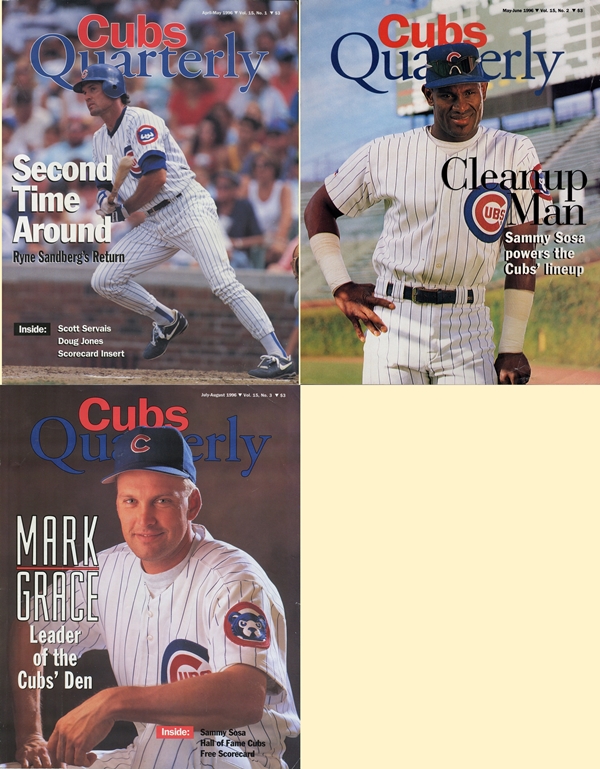 Sosa, Sandberg, and Grace are on fronts of the three that I have.  The missing magazine features Terry Adams.  Yes, pitcher Terry Adams.  I guess there must be a ton of Terry Adams collectors out there that have snapped up all available copies.  I've never seen one appear on eBay.

The missing 1990 magazine is a real mystery.  I don't even know who is on the cover.  The Cubs won the division in 1989, so attendance in the first part of the 1990 season was pretty strong.  I'm assuming they sold a bunch of the programs.  So why has one never shown up for sale?  I have no idea.