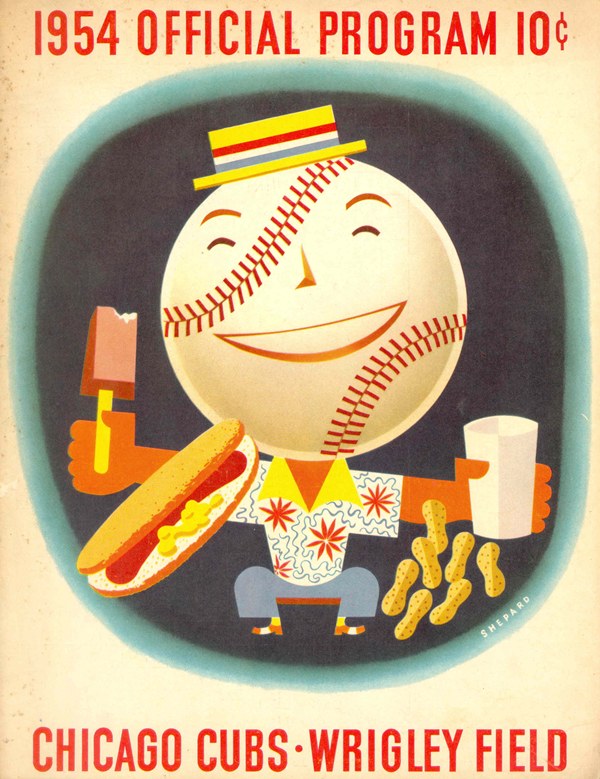 We've got more Otis Shepard artwork on the cover.  I find it interesting that the cover shows the food and fun you can have at the ballpark, but doesn't show anything "Cub" related.  The 1954 Cubs finished in 7th place (out of 8), winning only 64 games.  Perhaps it was best to not show anything Cub related. 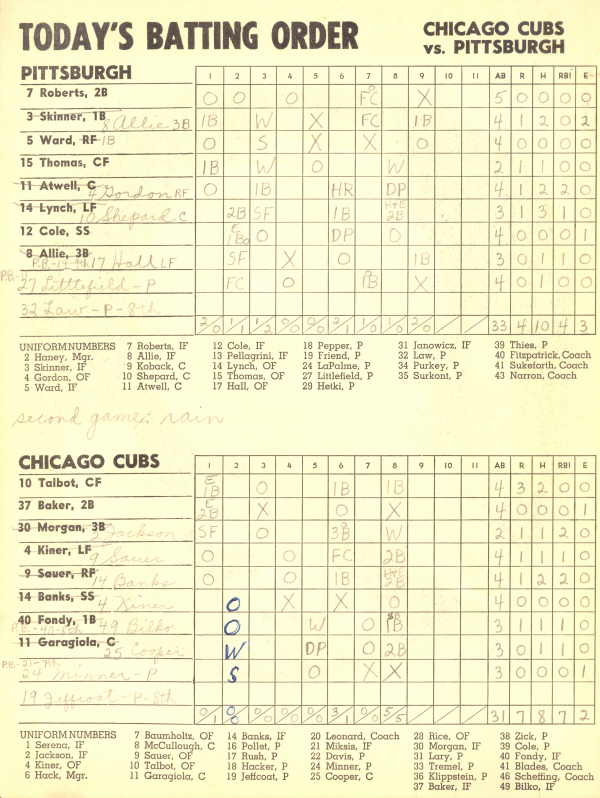 The card is scored and is from game one of a Sunday doubleheader on August 29, 1954.  The Cubs scored five runs in the bottom of the eighth to beat the Pirates 7-4.  The Cubs went on to win the nightcap, too, earning a sweep and sending 15,318 fans home happy. 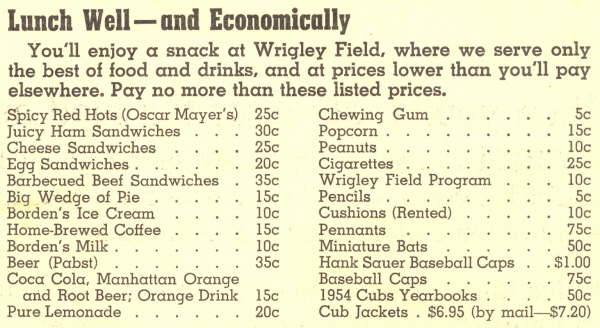 Take a look at those concession items and prices.  You could get an egg sandwich and a big wedge of pie for 35 cents.  Simpler times back then, when a ballpark sold egg sandwiches and pie.

A Pabst Blue Ribbon beer set you back 35 cents.  In 1954, the minimum wage was 75 cents.  That means it took you less than half an hour to earn a beer at Wrigley Field.   Today, minimum wage is $7.25 and that same beer at Wrigley costs $7--almost a full hours work.  The 1954 working stiff could get loaded for a lot less back then---simpler times back then??
Posted by Wrigley Wax at 9:00 AM