The even worse news: Almost all of the short print cards are of players that also have a card in the base set.

What that means, for the most part, is that the set is really only 100 cards and there are two cards of most players.

With only 100 cards, the number of Cubs shrunk down to only four, and three of the four also have a short print....dumb, dumb, dumb!

Here are the four base cards 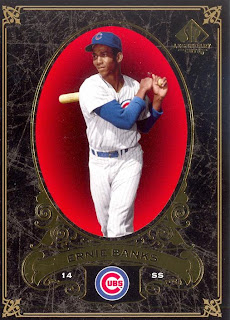 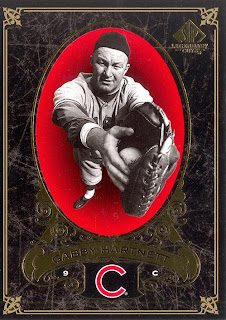 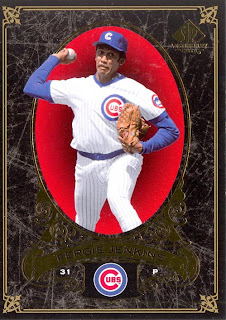 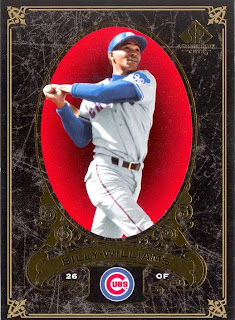 A quick question on the team logos....why is Hartnett's different?  He gets just the plain C, though  when he was playing the Cubs used a wishbone C.  Plus, the logo on Ernie and Billy's card was never used during their playing days.  When they played, the blue circle was much skinnier.

Now for the three short prints. 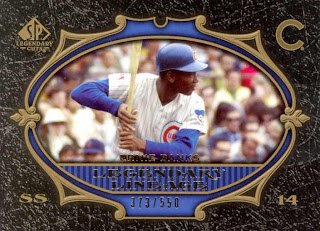 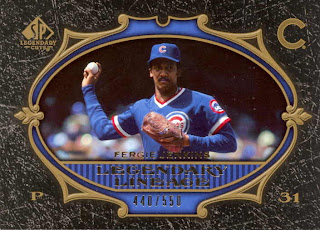 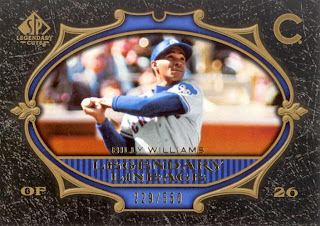 They are all numbered /550.  Ernie and Fergie cards have a different picture than what's on the base card, but Billy has the same one.
Posted by Wrigley Wax at 9:00 AM