Last week I had post on the final appearance of the Cubbie Bear on a Topps card.  I included a Topps card from each of the bear's run, from 1963 - 1982.   As I was selecting the cards for the post, I started to think that maybe all of the cards in my collection that show the bear would make a nice tile.

So I went through my cards, all 11,100 of them, and found the ones with the bear.  That may sound like a daunting task, but it wasn't as hard as you may think.  First, since I've already got all the cards scanned, I didn't have to look though the cards in the binders. Instead, I looked through the folders on my computer.  I would click on the cards I wanted to select, then I copied and pasted them into a new "Cubbie Bear" folder I set up.  Secondly, since the patched was only on uniforms from 1962-1978, I didn't have to even bother with a ton of folders.  Upper Deck, Donruss, Fleer, Stadium Club, and a bunch of others were made after 1978--so no Cubbie bear on them.

Once I had all the cards in the new folder, it was just a matter of making the tiles.  I ended up with 335 different cards.  I put the Topps cards first, then the Ernie Banks and Billy Williams collection cards, and then the rest, alphabetically, by brand name. 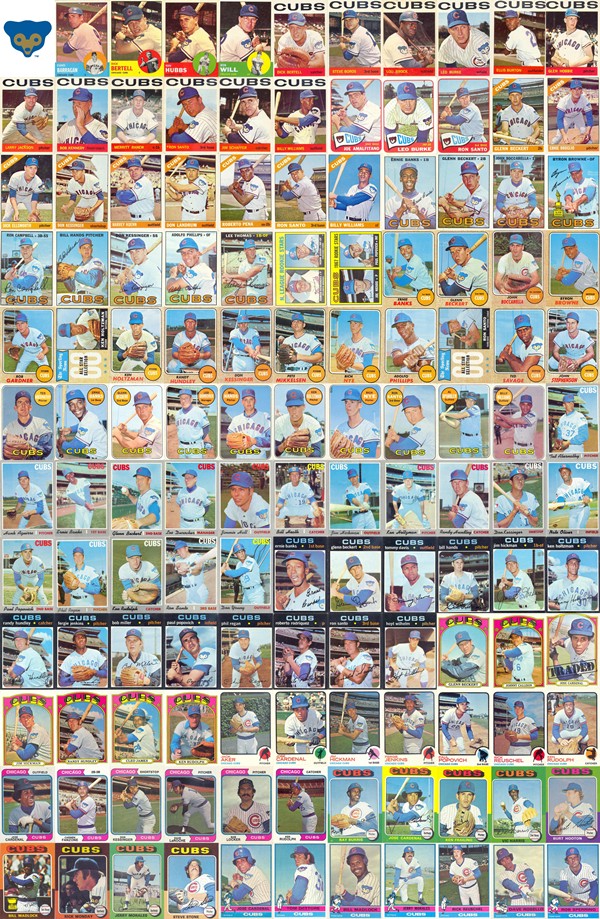 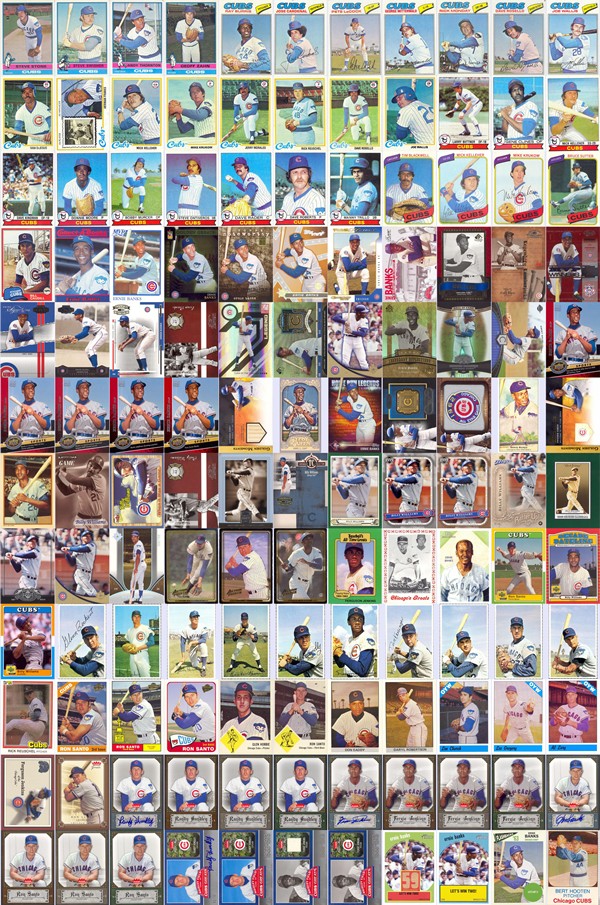