It took me two different purchases over a year and a half, but I finally have a 1972 Billy Williams Milton Bradley card. 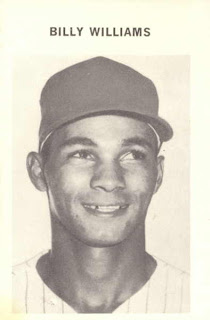 In 1972 Milton Bradley issued another version of it's baseball game that first came out in 1969. The problem for collectors with the '72 set is that the cards are nearly... 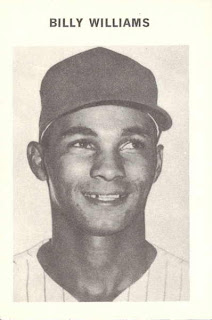 The only difference between the cards is on the back, and its a very  slight difference. 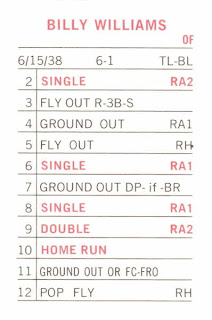 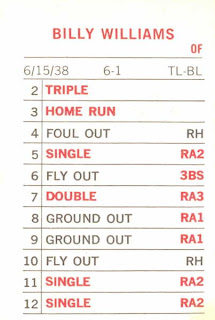 If you just glance at the backs, you won't notice the difference. The game statistics are different, but unless you had a listing of all the backs of all the cards, you can't really tell a '69 for a '72. I wouldn't have known about it if not for the Standard Catalog.

Six months ago I bought a card listed as a Billy Williams 1972.  The listing didn't show the back of the card, so I just had to trust that the seller knew what he was talking about.

He didn't.  He was slow to ship (it took a reminder from me to get it sent) and when the card finally came, I checked the 1 and was a 1969 card.  He was slow to respond to my request to return the card and he never acknowledged his mistake.  Slow shipping, wrong card, slow response--he got one of the few neutrals that I've ever left.

It took several months for another '72 Billy to be listed.  This time I knew that it was a '72 because... 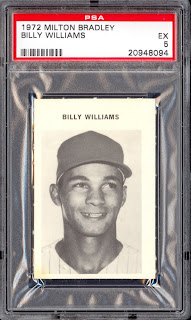 ....the card was graded by PSA.  I was the only bidder and got the card.

As soon as the card came, I cracked it out of it's plastic prison and placed it in the player collection.
Posted by Wrigley Wax at 9:00 AM