I'm late to the party. but I finally showed up.

My 2013 Heritage Cubs have arrived.

I'll have Heritage posts each of the next four days, taking a look at the base set today, the inserts tomorrow, the 1964 Cubs on Wednesday, and on Thursday I'll have my annual Heritage Side by Side post.

This year's base set has 16 Cubs on 17 different cards.  The good news for me and my wallet was that only one of the cards was a part of the high number short prints. The rebuilding Cubs don't have very many big name players, so it was pretty easy for Topps to include anyone that should have been on the checklist. 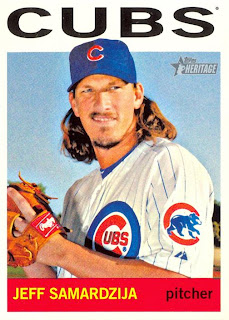 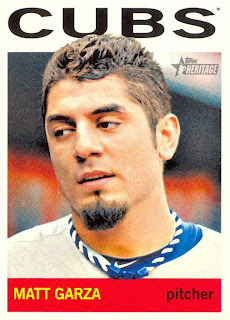 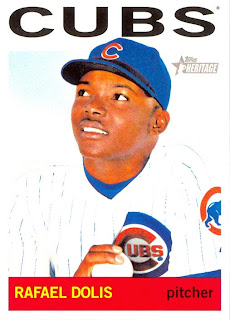 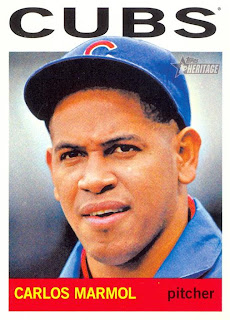 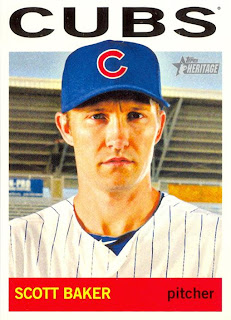 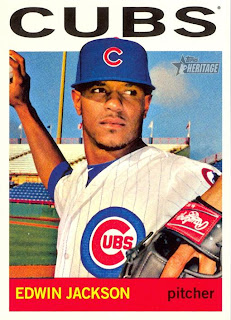 Six pitchers made the list, including two, Baker and Jackson, that were off-season signings.  That means both of their cards are photoshopped.  The Jacson card looks ok, but the C on Baker's hat it too big. 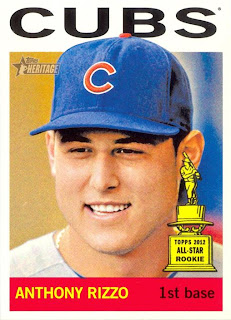 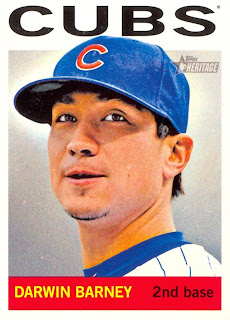 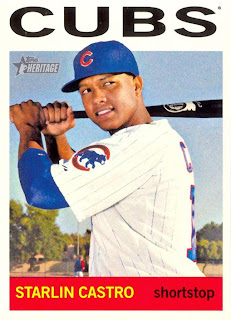 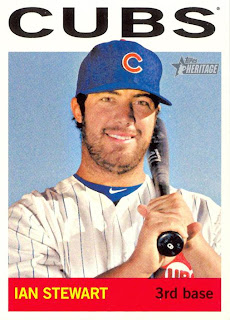 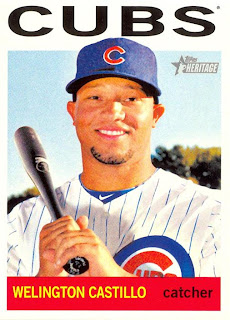 All the infield positions are covered, and Rizzo gets a Rookie Trophy on his card. 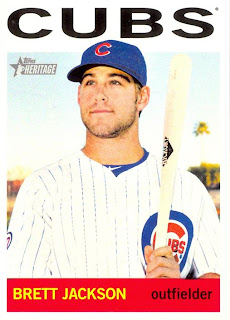 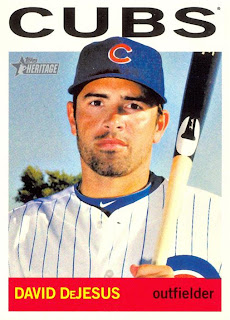 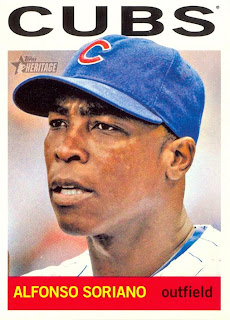 The outfield is covered with three players.  Notice that Jackson and DeJesus are outfielders, while Soriano is just outfield. 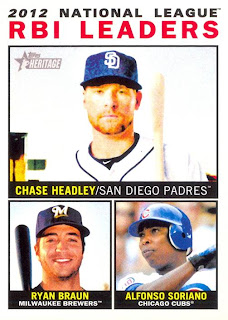 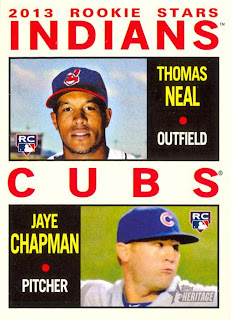 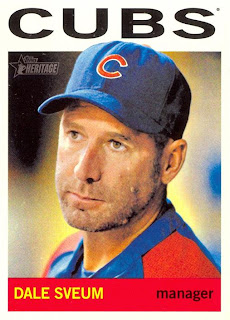 Finally, manager Dale Sveum gets his first card of any type as the Cubs skipper.

Come back tomorrow to see the inserts.
Posted by Wrigley Wax at 9:00 AM