Way back in the very early days of Wrigley Wax, I had a post on the Reuschel brothers.  They are the only brothers in MLB history to combine on a shutout. 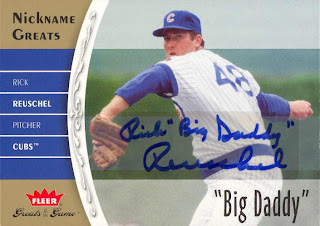 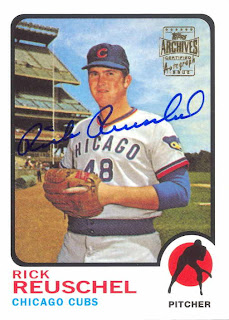 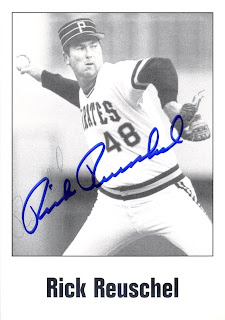 After all, he was the star in the family.

As I'm adding autographs to my collection, I figured it was time to include the big brother's autograph....and no smarmy comments about them both being "big" brothers! 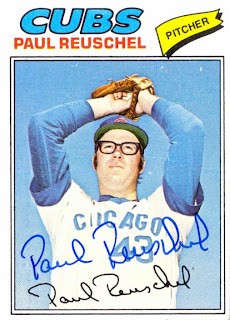 He wasn't very flashy, and his numbers aren't the greatest, but he, along with little brother Rick, get to claim something that no one else in the 136 years of MLB baseball can.
Posted by Wrigley Wax at 9:00 AM