In my quest to have a certified autograph card of all Cub players that had one issued during a season they played with the Cubs, I've asked you eagle-eyed to help me look for any more.  And with good reason too--apparently I've got really bad eyes.

I've been wearing glasses since I was in sixth grade, and my eyes keep getting worse...and my glasses keep getting thicker.  But I didn't realize how bad my eyesight was until I recently went hunting for cards at COMC.

I had read somewhere that COMC was having a spring cleaning sale and that dealers were encouraged to discount all their cards.  Not one to pass up a bargain or two, I went the the sight and entered a very simple search...Cubs.  Then I narrowed the search to autographs.  I figured I might find one or two players that I had previously missed.

I found eight!   I was excited to be adding more signatures to the collection, but really disappointed in myself for missing so many cards.

My first "Last autograph" post listed 76 cards in my final list of autographs.  Now, here on Last Autographs 4, my list has grown to an even 100 cards.  My crummy eyes skipped 24 cards.

Now in my defense, many of these players barely had a career with the Cubs.  And several of the cards are numbered to 25 or less.  My flaw was using only ebay to search for cards.  Many of the low numbered cards won't show up there. But between Ebay and COMC, I should have most players covered.

Here are the eight additions... 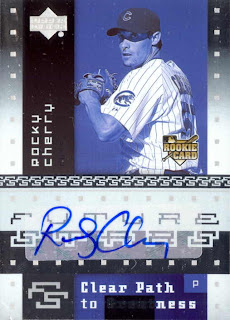 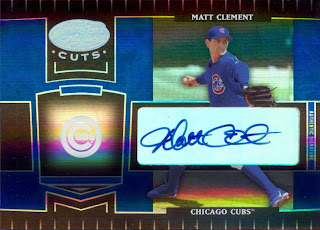 ....Matt Clement was a mainstay in the rotation for several seasons.  I really didn't think there were any certified autos of him until I found this card from 2004 that is /25 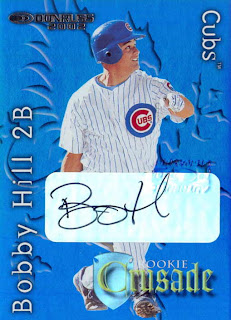 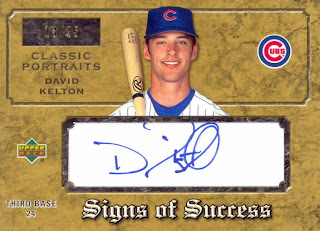 ...David Kelton, a real obscure one, was not the Sign of Success that the 2003 card promises. In ten games that season, he hit .167 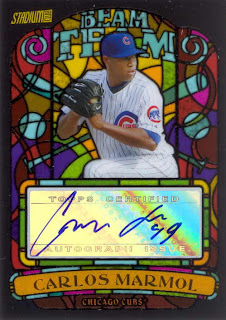 ...Carlos Marmol...I don't know how I missed out on the Cubs closer, but he really doesn't have that many autograph cards out there.  This Beam Team card from 2008 is the last season an autograph of him was released. 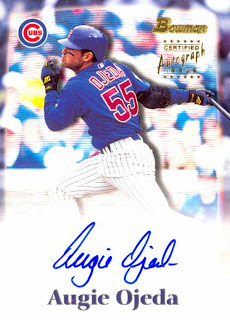 ...Augie Ojeda.  Back in the early 2000s, Augie got the same kind of love that Tony Campana got the past couple years.  Hard working and scrappy, sure.  But productive?  Not really.  This card from 2000 is from his debut season with the Cubs. 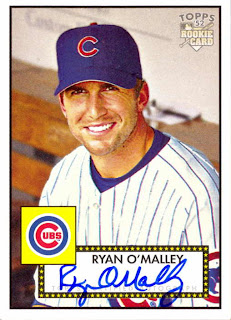 ...Ryan O'Malley.  He made the Topps 52 set based on his MLB debut, when he pitched an 8 inning shutout against the Astros as an emergency starter in 2006.  He lost his second start and never pitched in the majors again.  But he does end up with a certified autograph! 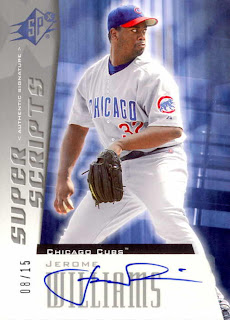 ...Jerome Williams has this 2005 card showing him with the Cubs in the year he came over from the Giants.

As I said earlier, with these eight, I'm now up to 100 players on my checklist...and I'm sure there are still more out there that my lousy eyes haven't found yet.