With this year's Heritage set based on the 1964 set, I thought it would be fun to take a look at the 1964 Cubs and their Topps cards. 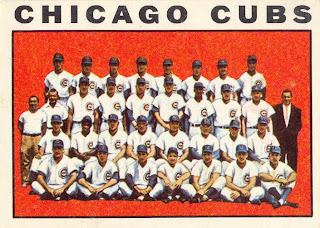 The 1964 Cubs were not very good.  They finished in 8th place in a ten team league, winning 76 games while losing 86.  Only the 1962 expansion teams placed lower than the Cubs. 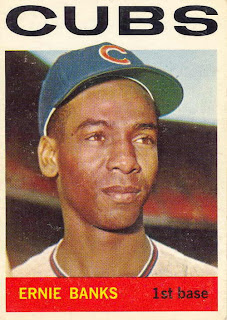 The face of the team was still Mr. Cub, Ernie Banks.  But Ernie was now 33 years old and was starting to show some decline in his play.  He hit 23 homers and knocked in 95 runs, solid numbers, but not the MVP type numbers from a few seasons earlier. 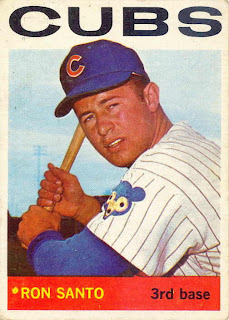 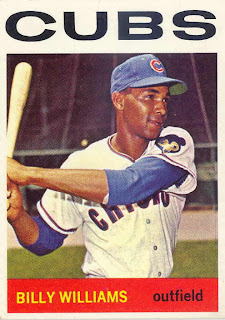 Though Ernie was the face of the team, the backbone was two buddy stars and future Hall of Famers: Ron Santo and Billy Williams.  Both players hit over .300 and had 30+ homers.

A fourth Hall of Famer on the team was, sadly, traded away mid-season.  Never living up to what the Cubs brass thought he should do, 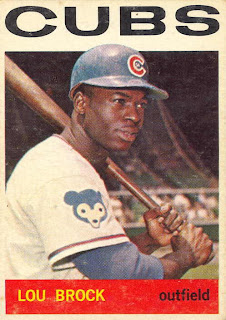 Lou Brock was traded to the Cardinals in a trade that will live in Cub infamy.

The rest of the position players were a bunch of young guys trying to establish themselves or veterans trying to hang on. 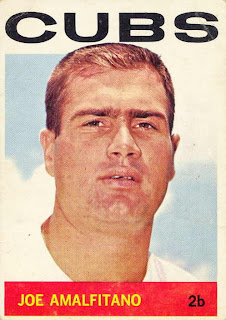 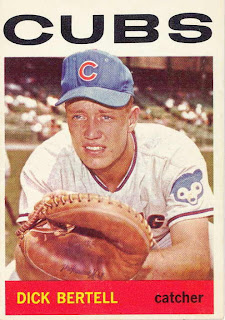 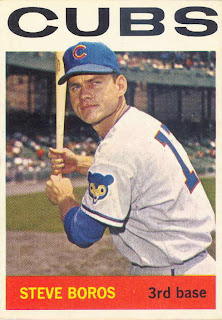 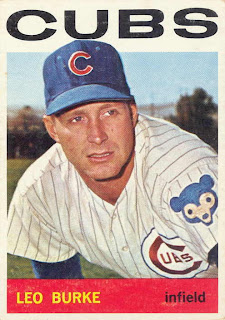 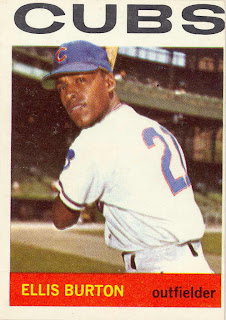 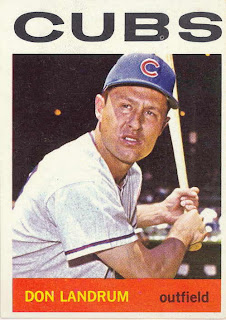 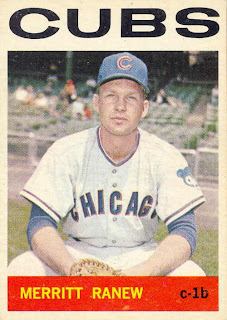 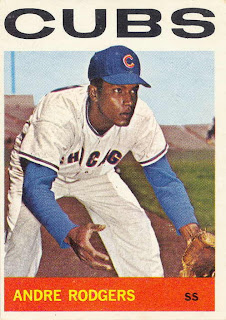 There's not too much to say about with this group, so lets move on to the pitchers. 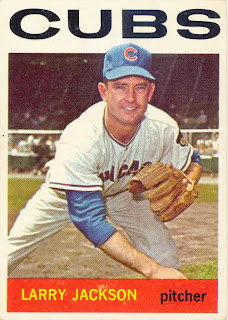 Larry Jackson was the ace of the 1964 staff and had the season of his life that year.  He was the winningest pitcher in the major leagues, with 24 victories against only 11 losses.

But after him, the staff was pretty thin... 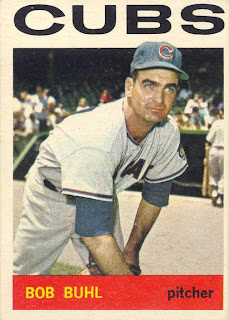 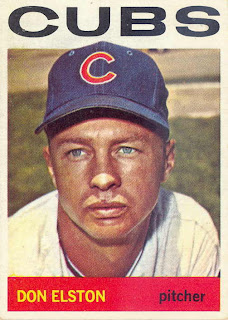 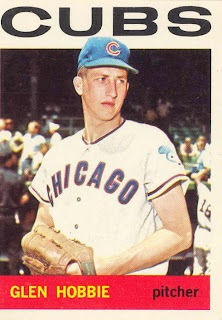 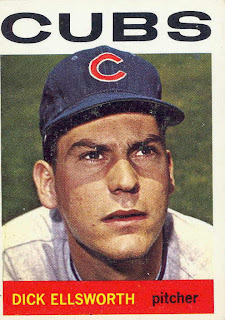 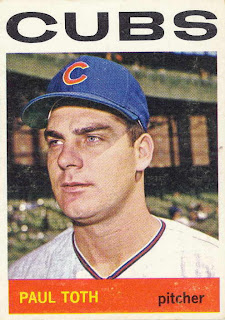 ...and that's what led to the trade of Brock to the Cardinals for starter Ernie Broglio.

A couple other notes about the team...

***They were still in the midst of the "College of Coaches" but by 1964 the head coach wasn't being rotated around the team's minor league affiliates. 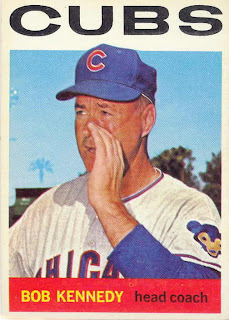 Bob Kennedy was pretty much the manager and even got a card in the Topps set, being the only person ever listed by Topps baseball as "Head Coach."

***The team suffered a blow prior to the season when budding star second baseman Ken Hubbs was killed in a plane crash.  Topps remembered him with this 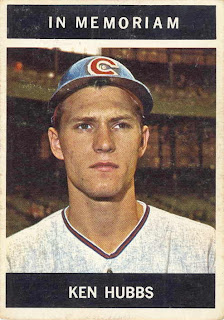 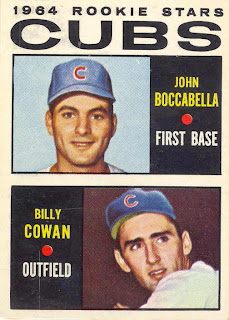 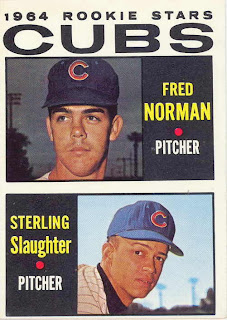 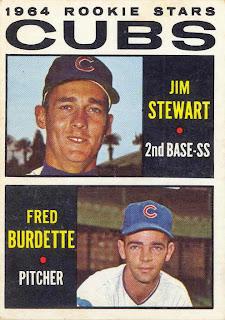 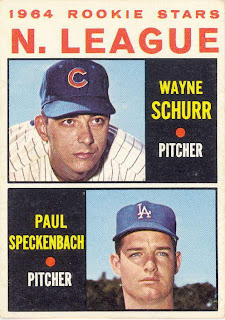 None of the seven did anything with the Cubs, though a couple had decent careers with other teams.

Tomorrow I'll put these side by side with the 2013 cards and look at the similarities and differences between the sets.
Posted by Wrigley Wax at 9:00 AM