A few weeks ago I emailed the Cubs requesting a few 2013 schedules.  Last Saturday an envelope with a Cubs logo on the front arrived and inside were a few of these... 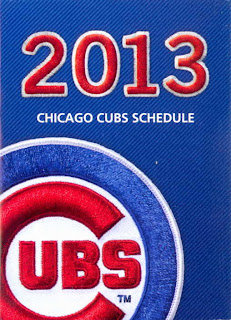 The biggest thing I noticed about this year's cover is what's missing.

Most of the recent seasons saw a player of players on the front. 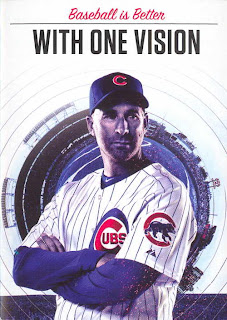 But this year its just a uniform logo.  I guess this is more evidence of a team in serious rebuilding mode---no player is either good enough or untouchable to be put on the front of the schedule.

If next year's is going to be without any players, I hope is has some extra writing on it like this one.... 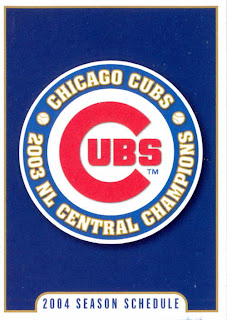