The 1974 season was a season that saw a lot of change.  Several of the '69 Cubs were dealt during the off-season.  Fergie Jenkins, Glenn Beckert, Ron Santo, and Randy Hundley were all gone.  It was a very bittersweet season for me, since I had not known a Cubs team without those four.

That's what makes the Cubs team set from Topps' 1974 Baseball Stamps a special set in my eyes.

It had been five years since Topps last released a stamp set, and this would be their last.  It consisted of 240 total players--ten per team.  There were 24 panels of 12 stamps, which means some players were on more than one panel.

The stamps are 1" x 1 1/2" and are unnumbered.  Since they are so small, they featured only a head shot.

Of the four previously mentions Cubs players that were traded before the '74 season, three of them show up on the stamps as a Cub.  It's like their last Topps hurrah as a Cub.

The pictures of eight of the ten Cubs were recent, too--taken at Candlestick Park in 1973.  The Cubs of '69 were looking like grizzled veterans; they weren't kids anymore.  They also have let their hair and sideburns grow; after all, this was the early '70s.

So here they are, one last Topps time, the old-timers from the '69 Cubs....plus a few newer guys that seem out of place. 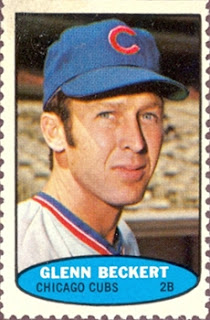 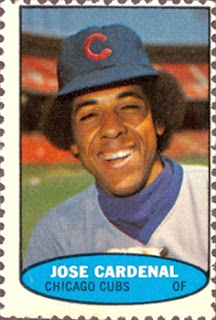 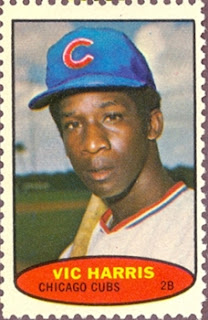 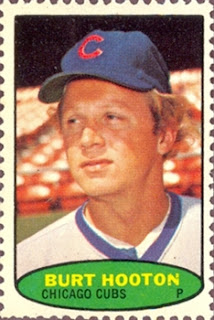 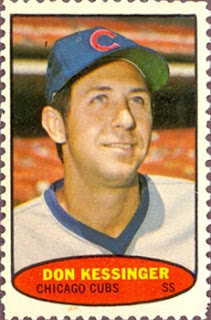 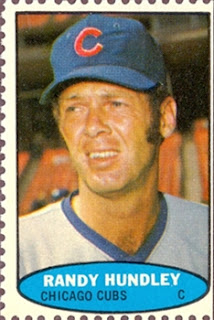 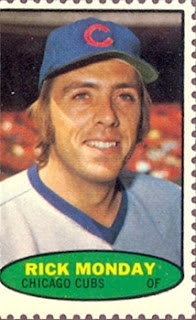 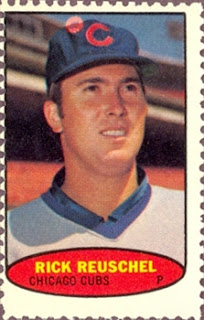 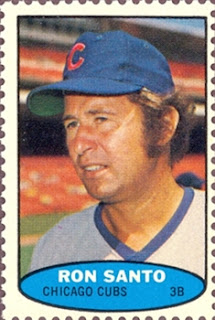 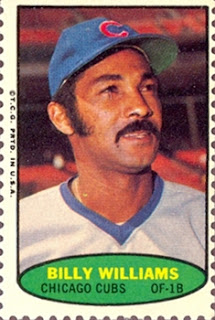