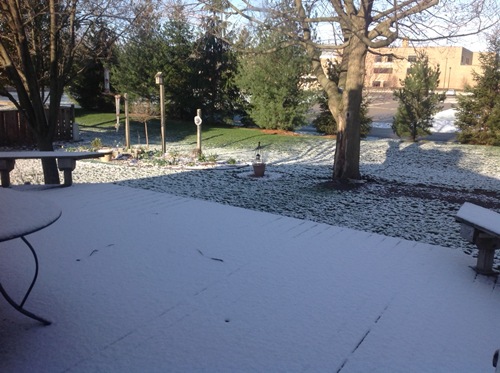 ....stinks!  This is what we woke up to this morning.  I guess I won't be cutting the grass today.

This week I was lucky enough to complete a trade with a fellow blogger.

Matt from Once a Cub (which just yesterday celebrated its first birthday...Congrats!) reached out to me after my Darwin Barney Gold Glove Award post.  He noticed that I had two extra awards.  He also lives in Virginia and didn't make it to Wrigley last Saturday...gee, I wonder why??!!

He proposed a trade....one of my extra awards for this.... 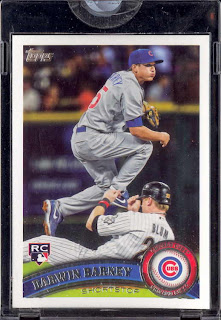 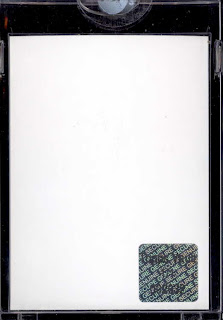 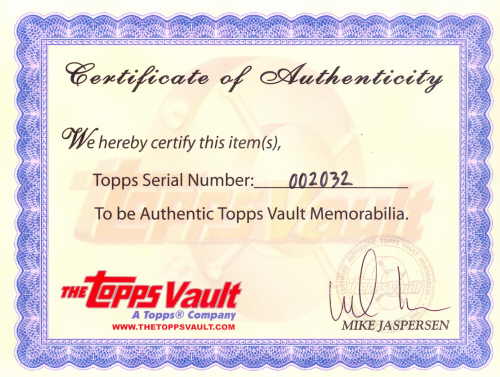 We exchanged addresses and got our stuff in the mail on Monday and by Thursday we had each received out items.

I'm thrilled with the swap.  My Barney 1/1 inventory was pretty slim, and now it's population has doubled!

It was nice to work out a trade with a fellow Cubs collector.  With my narrow buying focus, I rarely have much to trade with anyone.  And trading with a Cubs collector, since we pretty much go after the same things, has been even rarer....(I wonder how often Matt and I have bid against one another one Ebay?).

But this worked out nicely.  Thanks, Matt!

Here is Matt's post on his end of the trade.
Posted by Wrigley Wax at 9:00 AM