My Queens have arrived!

This is the third year for Gypsy Queen, and I'm starting to like the set a bit more now than when it first came out.  But honestly, as long as there is Allen and Ginter, why is Gypsy Queen necessary?

There were 13 Cubs on the checklist this year, and that's really nice since only seven Cubs were included last year.

Of the 13 Cubs, six of them are retired players. Let's start with them.

We get the usuals (Banks, Sandberg, and Dawson) plus three that Topps often overlooks, Fergie Jenkins, Bruce Sutter, and Billy Williams.  The still unanswered question, though, is: Where is Ron Santo? 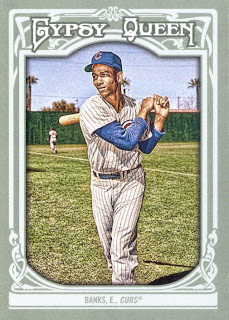 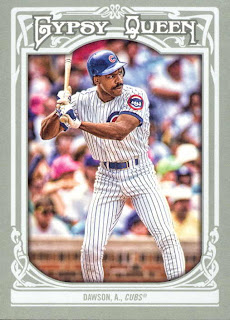 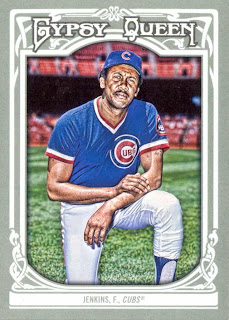 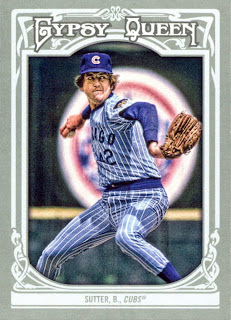 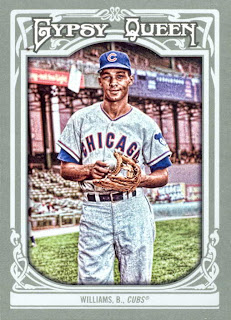 Nothing to earth shattering with these...the Banks picture at Mesa we've seen before...Fergie is from the end of his career....Sutter is wearing the pajama road unis...and if Topps won't... 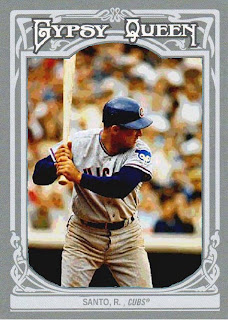 As far as the seven active players go, only one surprise...Brett Jackson.  Topps was more impressed with his .175 average in 44 games last year than the Cubs were.  He's showing up in several of their sets while hitting .244 in Iowa this season. 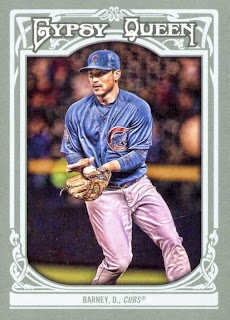 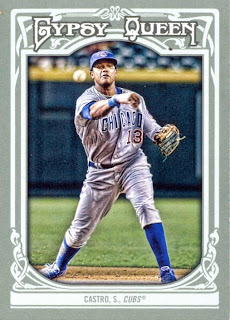 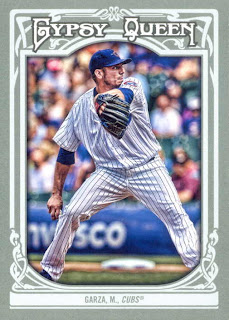 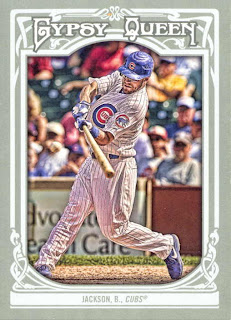 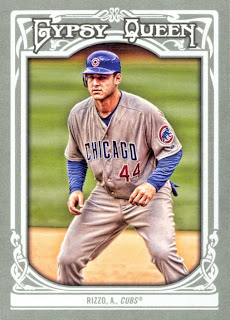 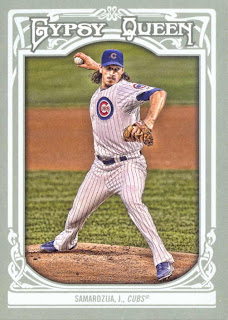 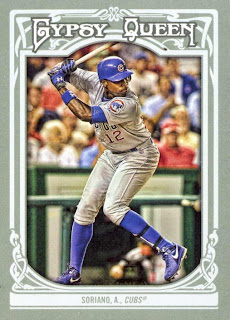 Tomorrow I'll have the mini versions of the cards.