Since he hasn't shown up in too many Topps products lately, I decided to take advantage of Billy's Gypsy Queen appearance and get as many of his cards as  I could for the player collection.   Earlier this year Billy made his first appearance in Heritage and now he shows up in Gypsy Queen for the first time, too.  It's Billypalooza!

I decided to pick up three mini parallel variations of Billy Williams' card. In addition to the base mini, there are five other parallels.  I haven't seen the wood (/5) or the leather (1/1) versions, and if they do show up, I'm sure I can't afford them. 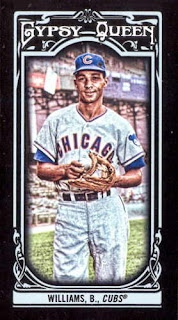 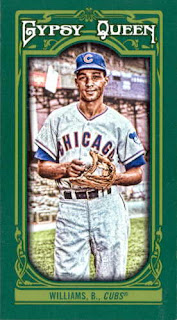 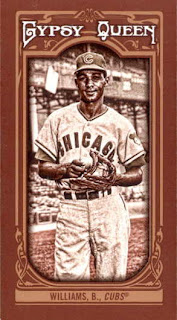 The cards feature a shot of Billy at the Polo Grounds, taken in either 1962 or 1963.  He looks so young in the picture.  Even better, its a picture that hasn't been used much on other cards.  Too often, these kind of cards keep using the same picture over and over.

I've got different cards of Billy Williams, and I could find the same picture only twice. 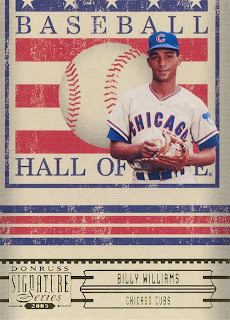 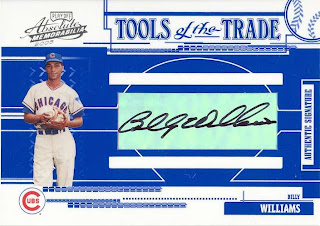 Neither of these are from Topps, and both have the background removed, making the Gypsy Queen card look even more unique.

So, at least for Billy, give Topps some points for originality.