Pick up some Panini Prizm for the PCs

Panini recently put is a set called Prizm.  The odd thing is that its called 2012 Prizm Baseball, even though it came out well into 2013.  Even stranger, the copyright on the back of the card is 2013.

Three Cubs that I collect (Barney, Banks, and Sandberg) were included on the 200 player checklist.  I haven't gotten around to getting a Sandberg card, but I've got some Barney and Banks. 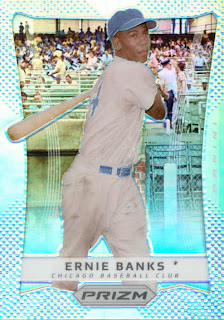 This is the refractor card of Mr. Cub.  They picked a picture that was pretty easy to eliminate any logos, since Panini doesn't have an MLB license.

I picked up three Barney cards, since I'm trying to have a more complete collection for him. 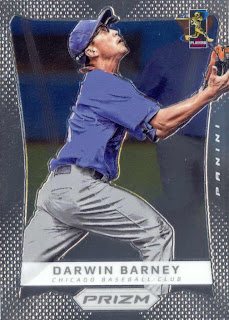 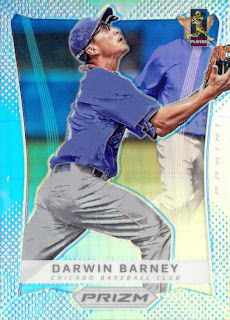 These are the base and refractor cards.  Again, eliminating logos wasn't too difficult or awkward with this picture. 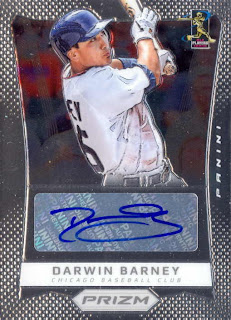 The picture changed for the autographed card, going from a road shot to one at home.  The C on the helmet was removed, but at least we get a better look at his face.

I'm generally staying away from the unlicensed stuff for the team sets.  I'll only bother with most if they have players for the player collections.
Posted by Wrigley Wax at 9:00 AM