The good news: after landing only seven cards in series one, the Cubs snagged 12 spots (11 players) on the series two checklist.

The bad news: Of the eleven players, only five are still on the team.  And of the six no longer with the Cubs, a whopping five of the six have never played a single inning for the 2013 Cubs.

I can understand that in series one your going to get players no longer with the team due to off season deals and spring training roster moves.  But series two should be able to put together a list of players that are still with the team. I hope Topps does better with the Update set. 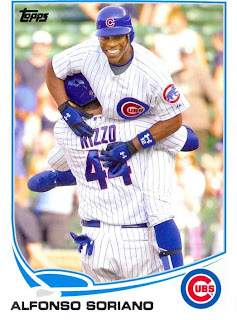 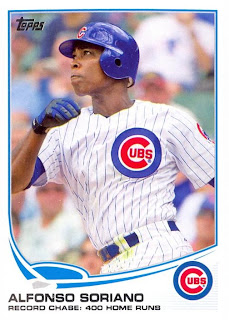 Soriano gets two cards, a regular and a checklist 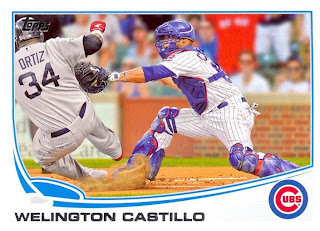 Welington Castillo has done a decent job behind the plate.  That's a nice shot of him tagging David Ortiz out at the plate on June 16, 2012. 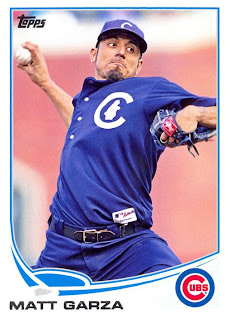 Garza's got the 1908 road unis from last July when the Cubs and Giants went retro.  Right now he's throwing very well---talk is he'll be traded for more prospects.  That also means more losses right now, and I'm really getting tired of all the losses.  Keep him, please 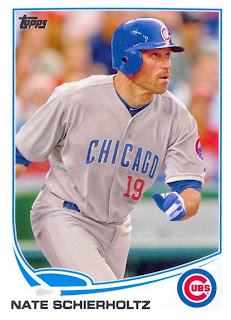 Nate Schierholtz has been a pleasant surprise in right field.  He's already hit a career high in home runs in just half a season. 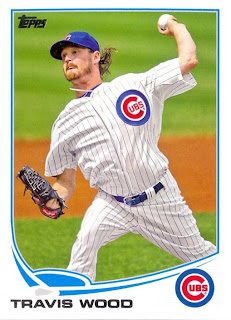 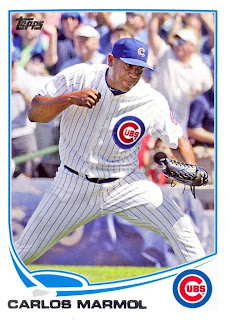 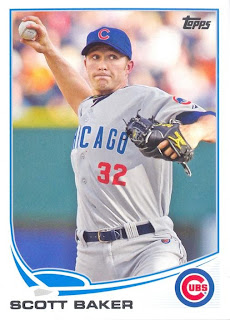 Scott Baker...coming back from Tommy John surgery and re-injured his elbow in the spring 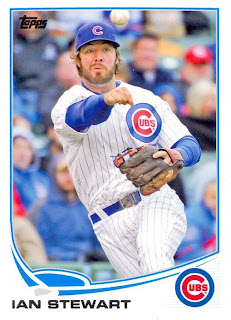 Ian Stewart...hurt in spring training...bad attitude while rehabbing in AAA...stayed in AAA and was eventually released.  He too was picked up by the Dodgers. 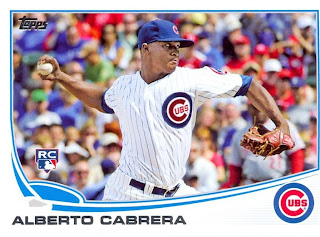 Alberto Cabrera pitched in 25 games for the Cubs last season but has spent all of 2013 in AA, being converted from a reliever to a starter. 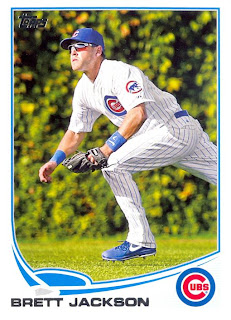 Brett Jackson was not very good when called up to the Cubs last August, and he's back in AAA.  His .233 average won't get him a return ticket to Chicago. 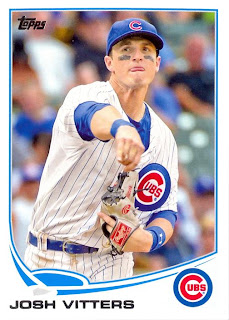 Josh Vitters...see Brett Jackson!  Another bust last year, he's been hurt for a good chunk of this season....which won't get him a return trip to Wrigley, either