Up next in my look at the Topps retail box sets from the '80s are the Kay Bee Toys sets.

In the '80s it seemed like every mall I went to had a Kay Bees Toys.  It was a nice place to take the boys to kill some time while mom was looking at clothes or shoes in some other store.

But we'd never actually buy anything at Kay Bee.  It seemed like all the toys were not the real things, but knock offs.  They wouldn't have GI Joe---it would be Soldier Sam.  Legos--nope, Megablocks.  The stores always seemed overstuffed and messy.  Toys R Us was much larger, cleaner, and more successful.

After two bankruptcies in five years, the chain went belly-up in 2009.

Kay Bee's first card set came out in 1986--one year ahead of Toys R Us.  The toys were knockoffs, but the baseball cards were the real deal--Topps.  For five year, through 1990, Kay Bee put out a 33-card boxed set. 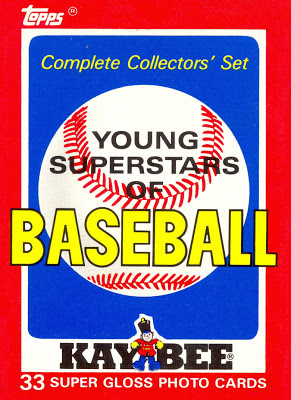 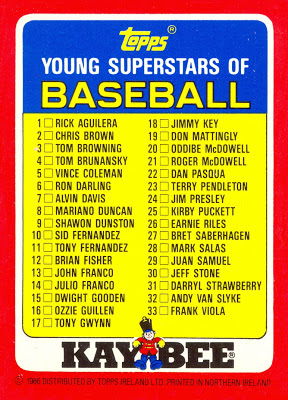 Their first set was 1986's Young Superstars of Baseball.  The design featured the set title on top, with the player's name underneath that.  The Kay Bee logo was on the bottom of the card.  Though the colors changed, the same design was used for the first four years of Kay Bee cards.  The backs of the cards stole from the Topps 1971 layout and they too were very similar for the first four years. 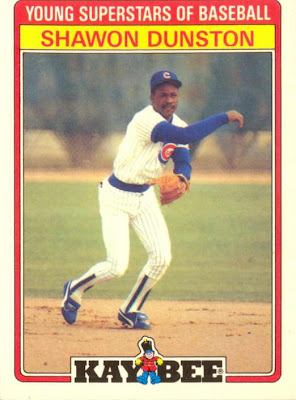 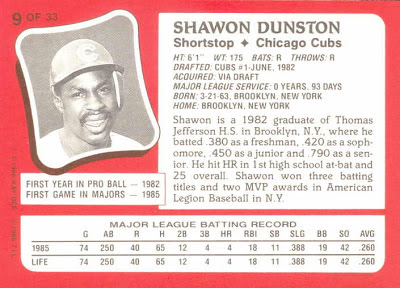 Shawon Dunston was the only Cub among the Young Superstars. 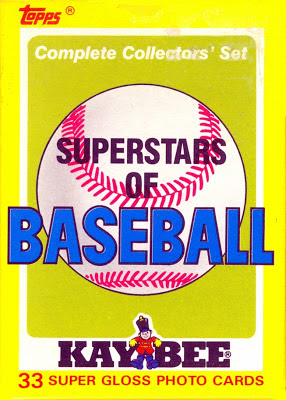 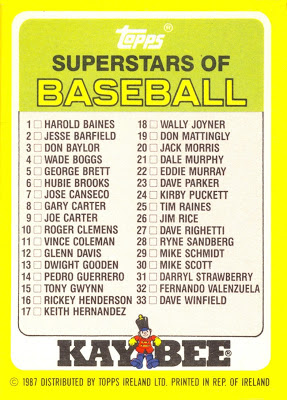 In 1987, the set name became Superstars of Baseball and that same name was used each of the next three years.  As I said earlier, the card design remained the same, with just the color scheme changing. 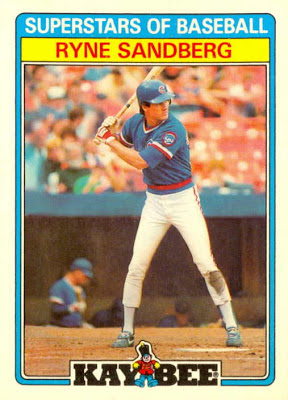 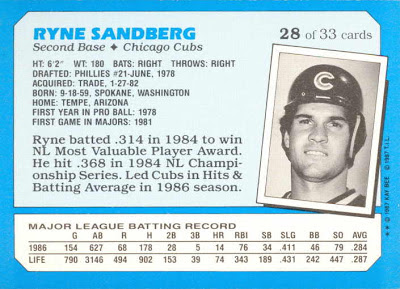 Ryno was the only Cub 1987 Superstar. 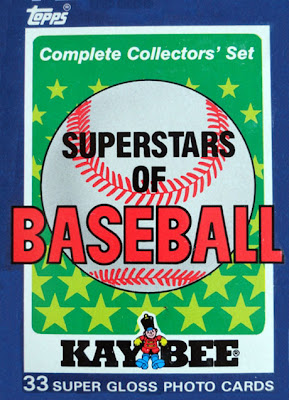 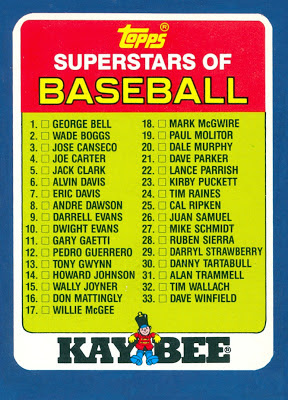 The box changed a little, but the 1988 version has the same title and card design. 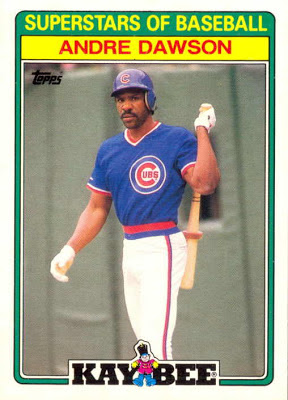 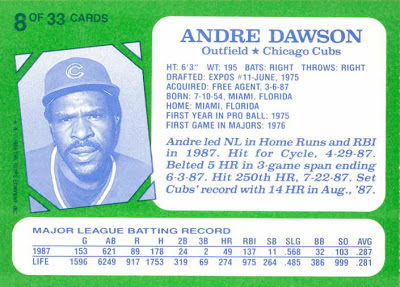 Andre Dawson was the Cubs representative in this set. 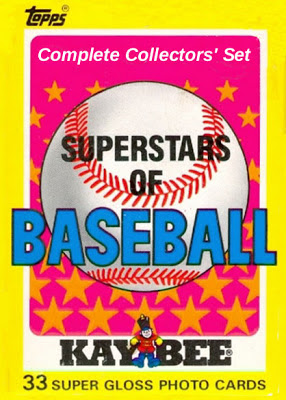 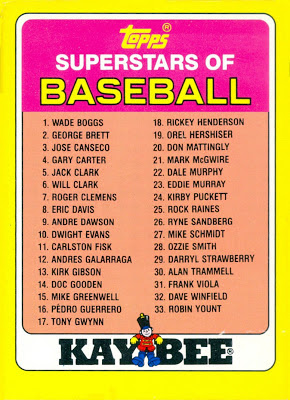 Another year, another Superstars of Baseball set. 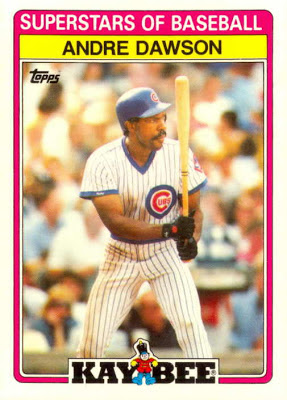 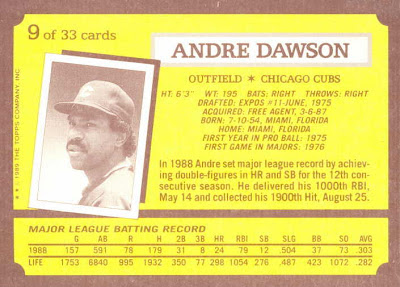 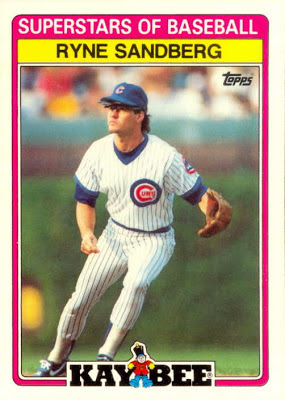 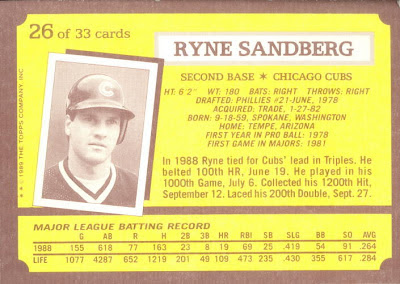 But this time, instead of Sandberg or Dawson, we get Sandberg AND Dawson! 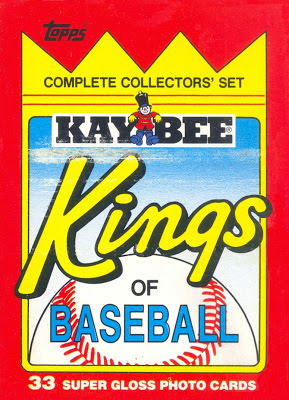 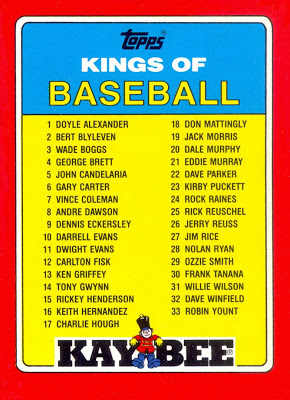 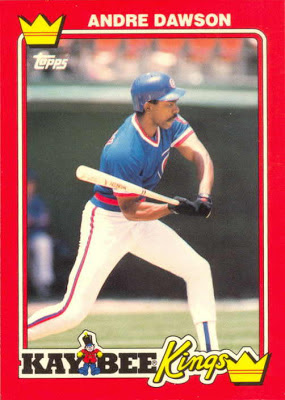 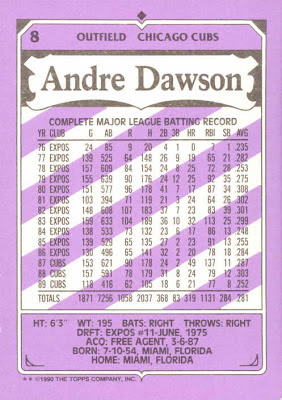 And we finally get a new design, both front and back....but only Andre Dawson. 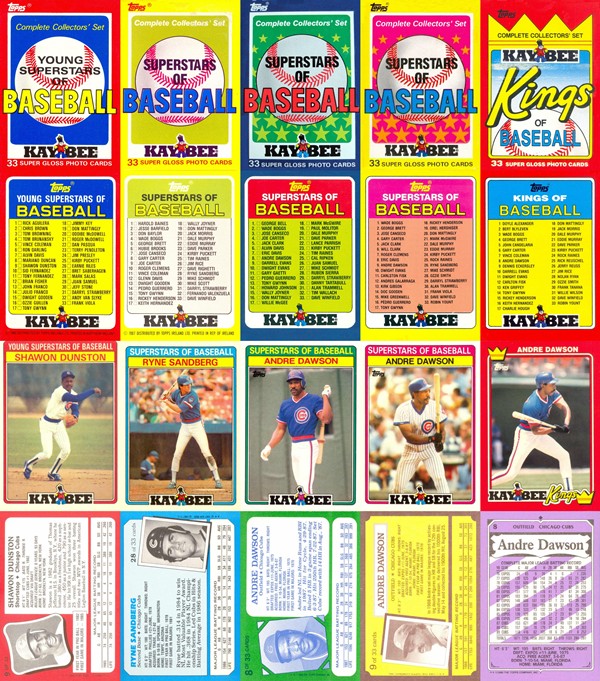