One of the oddball products that Topps released in 1964 was a set of tattoos that featured 59 players plus the logos of each of the 20 teams.

The tattoos were on the inside of a paper liner which was wrapped around a piece of gum and was sold for a penny. 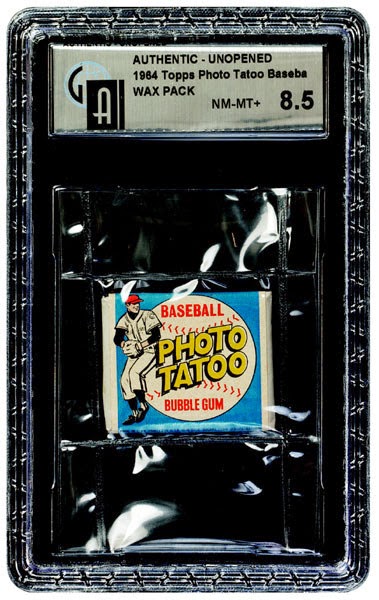 Here's what an original wrapped piece of gum looked like.

There are three different colored wrappers, blue, red, and yellow.  Some of the players were found on just one color, others on a couple of the colors. 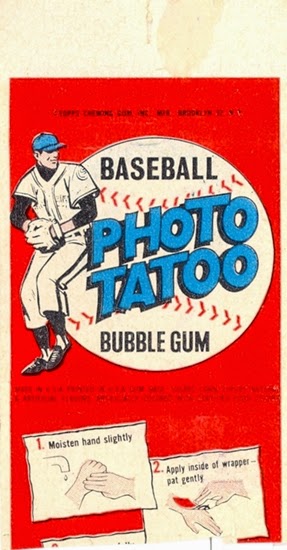 I picked up the Billy Williams tattoo on a red wrapper.  Billy was also found on yellow wrappers.  Look again at the wrapper and you'll notice a spelling variation. Topps dropped a "t" from the word "tattoo."  Doing so makes it match up better with the word "Photo." 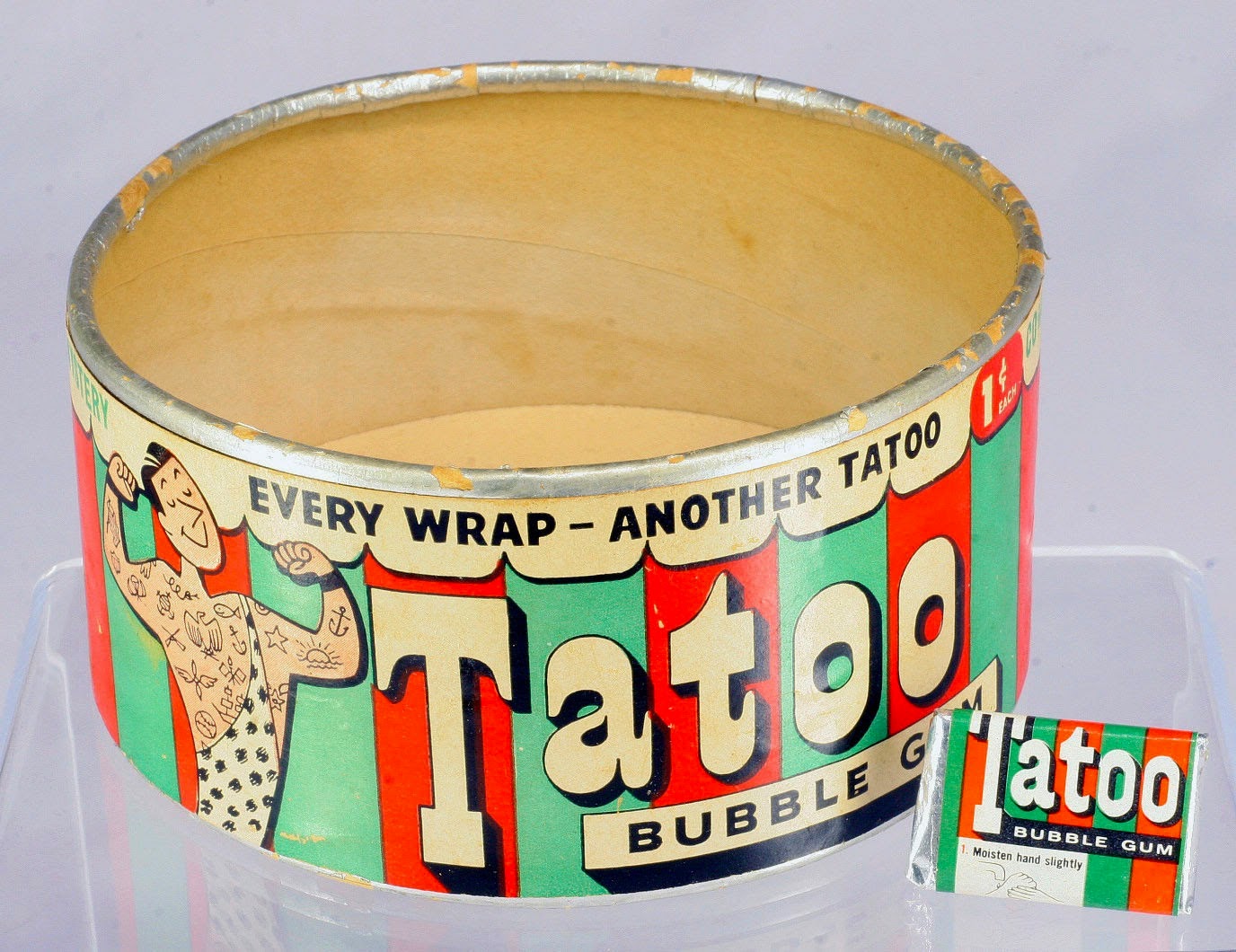 Topps also had gum called "Tatoo" in the '40 and early '50s that also featured a tattoo on the inside of the wrapper.  The only odd thing is that a 1960 Topps baseball tattoo set spelled the word tattoo correctly.

Though the wrappers were different colors, the tattoo was the same.  Billy's looked like... 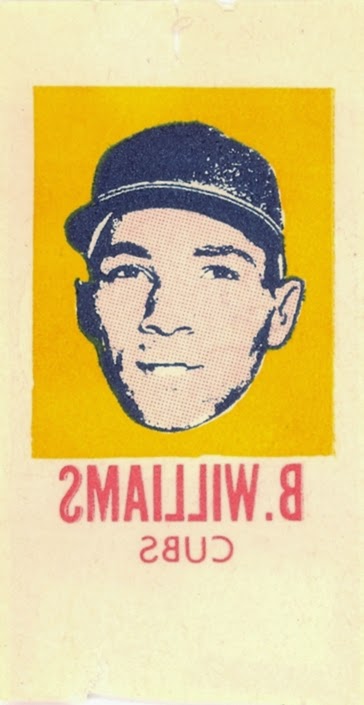 ...this, and when you stuck it on your arm it looked like... 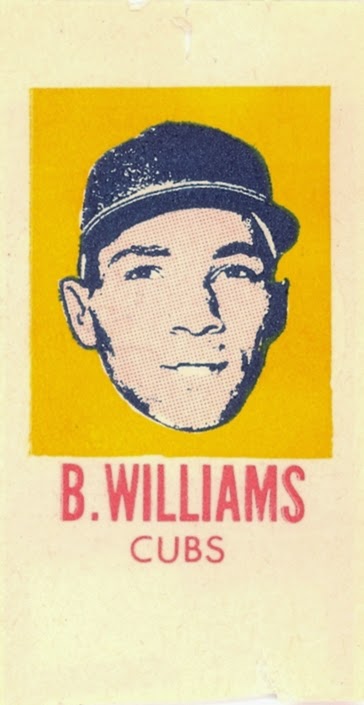 ...this.  I wonder why the logo on the hat was removed?

According to a couple on-line sources, the gum wasn't very popular.  That makes these a bit scarce.  Plus, most that were sold ended up on some kid's body.

Mine is in pretty decent shape and I was able to get it for less than the VG price in the Standard Catalog.