Over the past couple months I've been adding different sets of Fleer cards from the 1970s.  There were the Famous Feats, Baseball Pioneers, and Baseball Firsts, plus the Wildest Days and Plays set that I'm still working on completing.

Yet these cards were not the main attraction in the Fleer packs.  In fact, they were just used as a cardboard stiffener.  The actual selling piece of the packs were cloth team stickers.  From 1969 to 1976 Fleer sold packs of cloth stickers, a card, and a piece of gum, all for the low, low price of 10¢.

I have a vague recollection of the Fleer packs in stores, but I don't think I ever bought them.  My thoughts were along the lines of why waste money on stickers when there were actual baseball cards to be bought.  Topps was going to get my allowance, not Fleer.

I'm not going to go into much about the packs because the wonderful blog "The Fleer Sticker Project" has already done that.  Go here for a complete history on the stickers.

There were two different types of team stickers for each of the 24 teams.  One was the city sticker, the other the team emblem sticker.  Over the years of the release Fleer updated the stickers as the team logos changed.

For the Cubs, I'm going after a total of five stickers.  The city sticker has two variations while the team emblem has three. 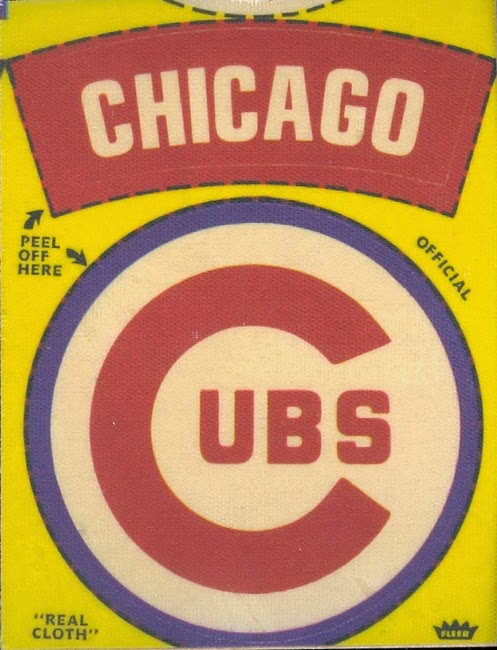 This is the later version of the city sticker.  The only difference with the earlier version is that the shade of blue is lighter. 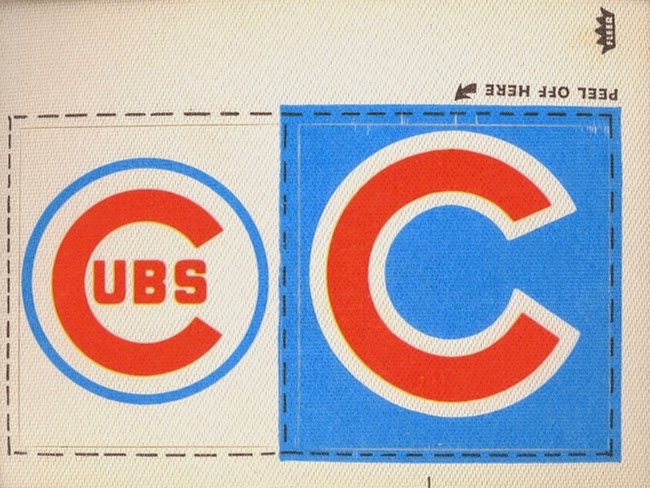 Here is the first version of the team emblem sticker.  This is the early blue shade. 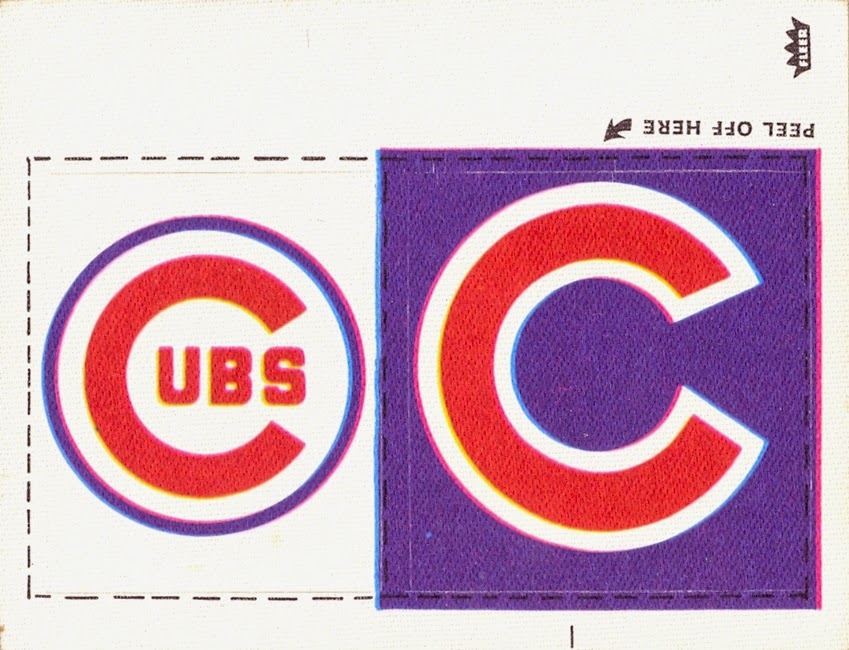 The third version had two differences.  The obvious one is the darker blue.  Less noticeable is the placement of the "UBS".  Notice how it had been shifted to the right.  The version I'm missing is the dark blue without the "UBS" shifted.

All three of my stickers are the easy ones.  The missing two will probably take some time to get.

Not to worry though.  Cubs fans are really good at waiting.
Posted by Wrigley Wax at 7:00 AM