Might as well keep working through Finest while I wait for the 2015's to arrive.

In 2009 the Finest set included 150 base cards and another fourteen rookie autographs cards.  The interesting thing with the rookie autos is that the autographs were on letter patches instead of on a plain card.  There were letter patches for each letter of the player's last name and some collectors went for each of the letters.  I got off easy and didn't have to go for any of the letters since no Cubs were on the rookie list.

The eight Cubs in the set are the most likely eight to be chosen.  All were major contributors to the success of the 2008 team. 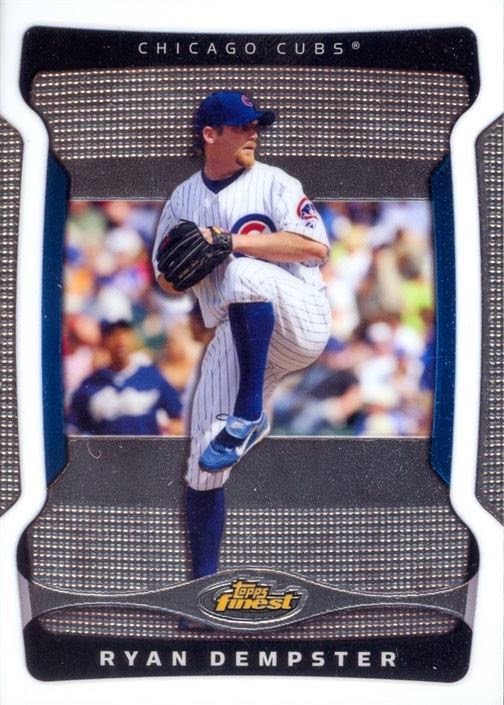 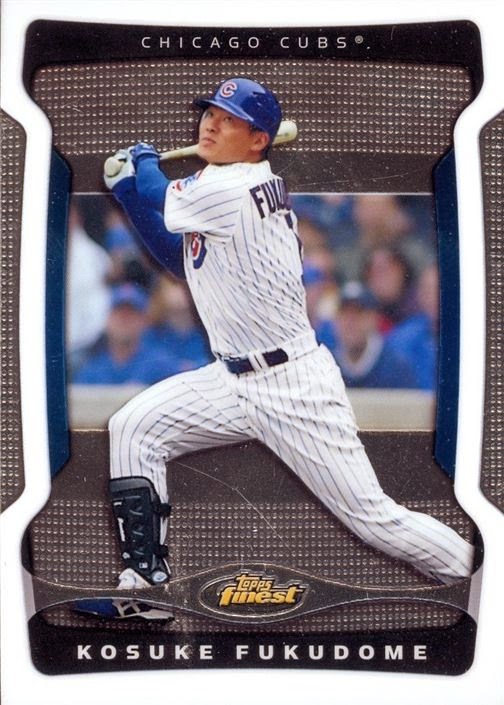 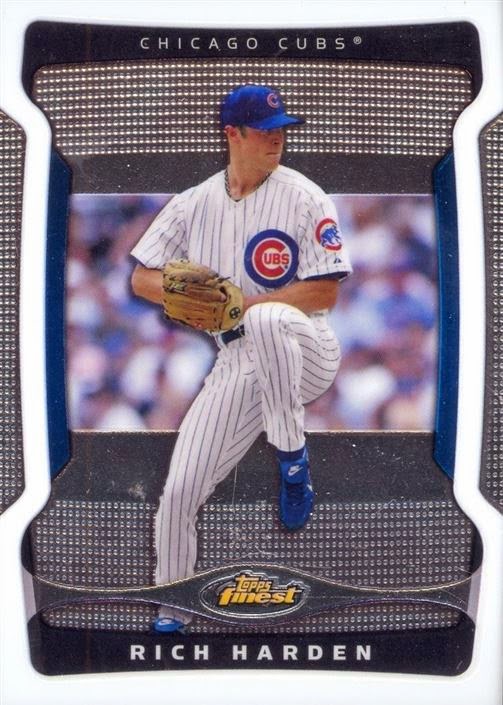 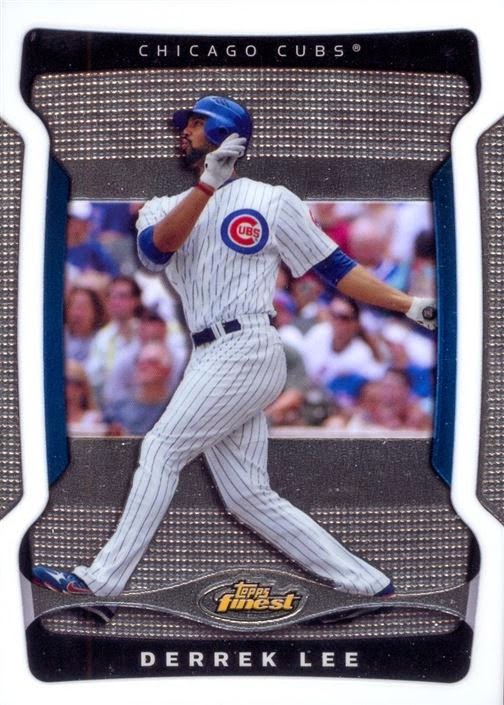 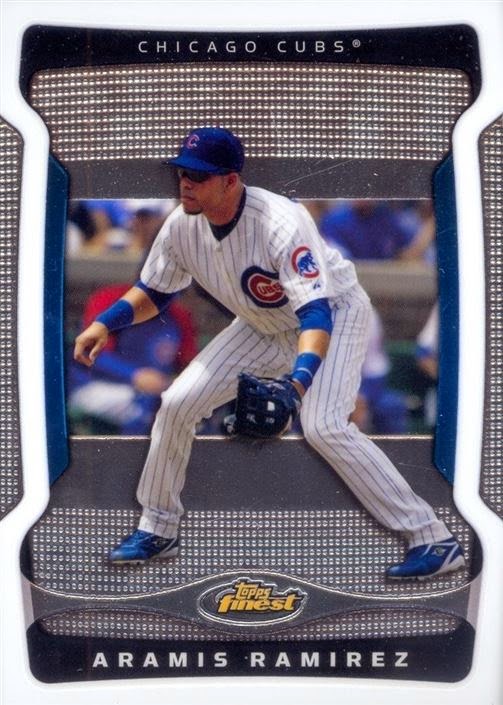 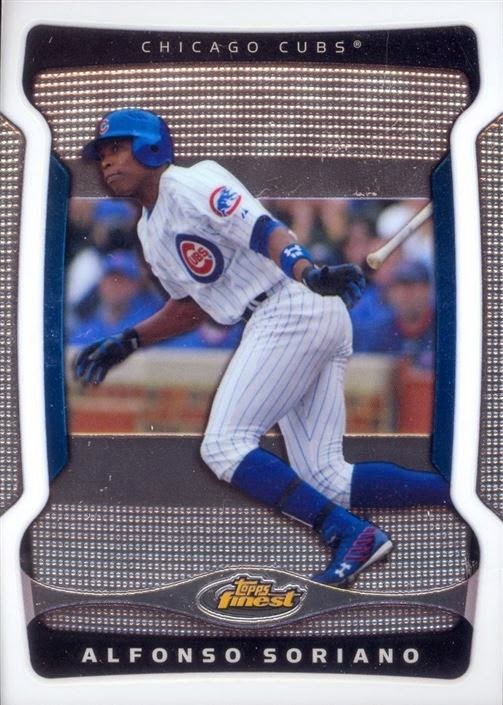 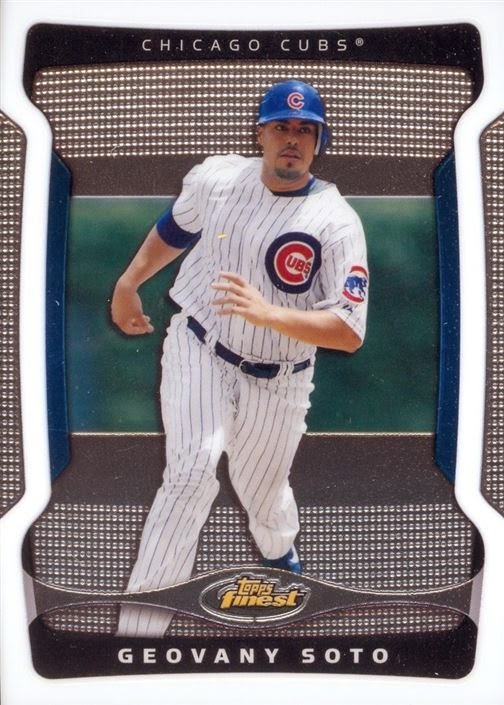 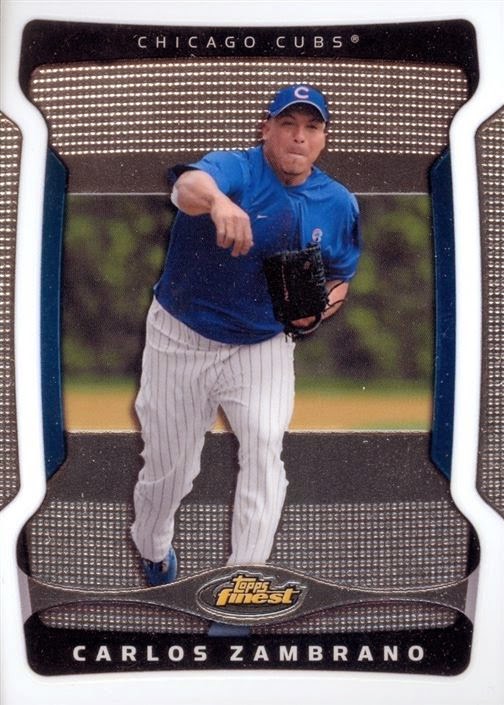