I've been adding the oddball Fleer sets to my collection and today I've got another.

In 1976 Fleer included a Baseball First card in packs of their cloth patches. (If you'd like to read a complete history of the cloth patches and insert cards, go here.)

They again turned to artist Robert Laughlin to create the pictures for the 42 card set.  As the name implies, the cards feature different first events in baseball history.

Since the cards are more about events rather than players, coming up with a Cubs team set was a bit tricky.  I used COMC to read the backs of each of the cards to see if the first was Cub-related.  I came up with three cards that I'd consider Cubs cards 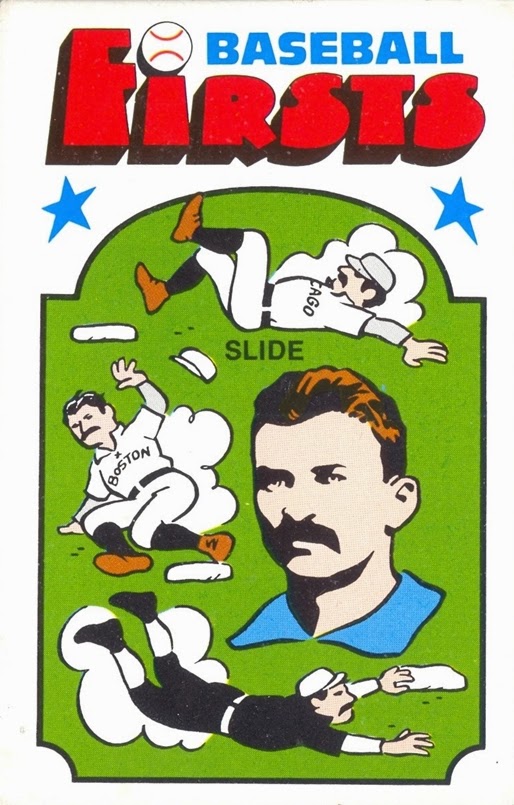 Mike "King" Kelly is credited with inventing the slide. He played for several teams including the Cubs.  The picture on the top shows him in a Chicago uniform. 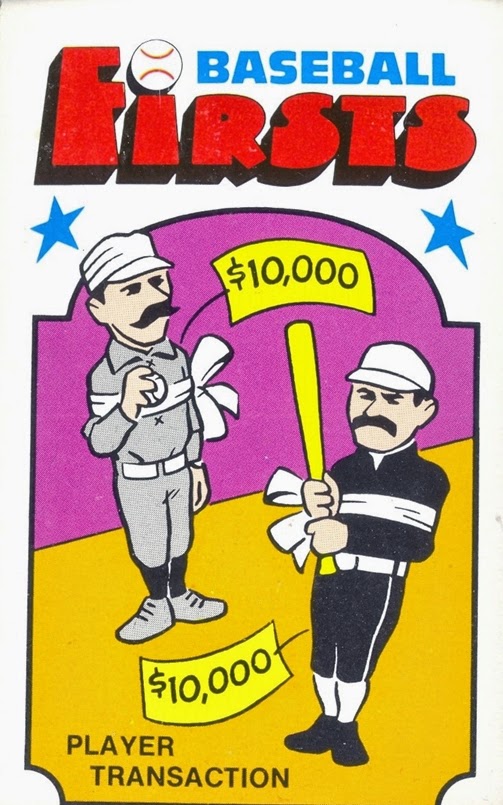 Kelly was also involved in one of the first big player transactions, when the Cubs sold his contract to Boston for $10,000. 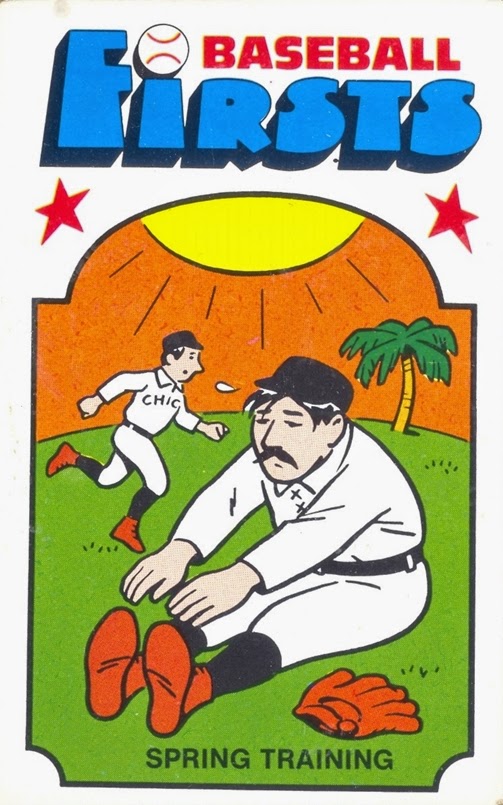 In 1870, both the Cubs and Reds took their teams to New Orleans for the first spring training.

These cards were the last original cards issued by Fleer (except for the occasionally updated World Series cards) until their 1981 baseball card set.  Once the regular cards came out, the work of Laughlin was forgotten.

I think that's a shame.  Donruss had Dick Perez draw their Diamond Kings cards.  Fleer should have used Laughlin to come up with some new cards for each of their sets.