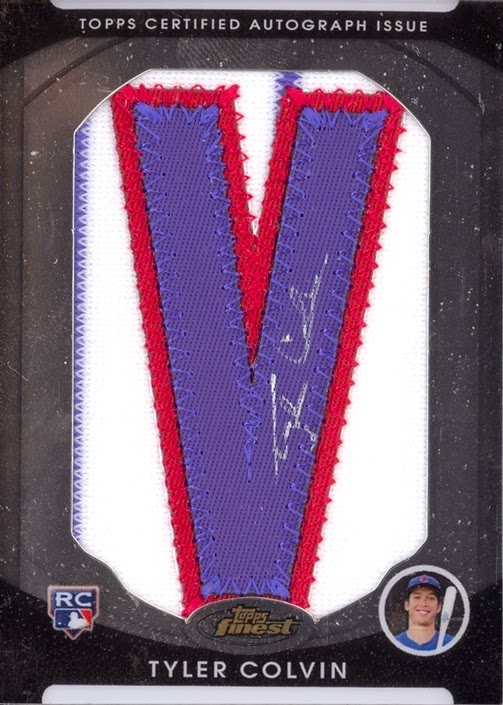 ....Tyler Colvin.  Topps made 217 of each of the six letters in his last name, a total of 1302 cards.  I didn't care which letter I got, and you can see that I ended up with a V.  The signature is pretty small as the patches don't give the players much room to sign.

The Cubs have three players in the base set.  By 2010, Lou Piniella was gone and the team's fortunes were heading south in a hurry. 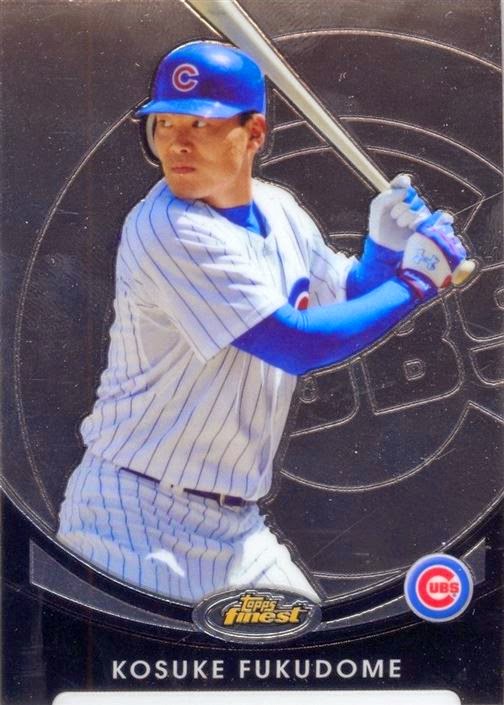 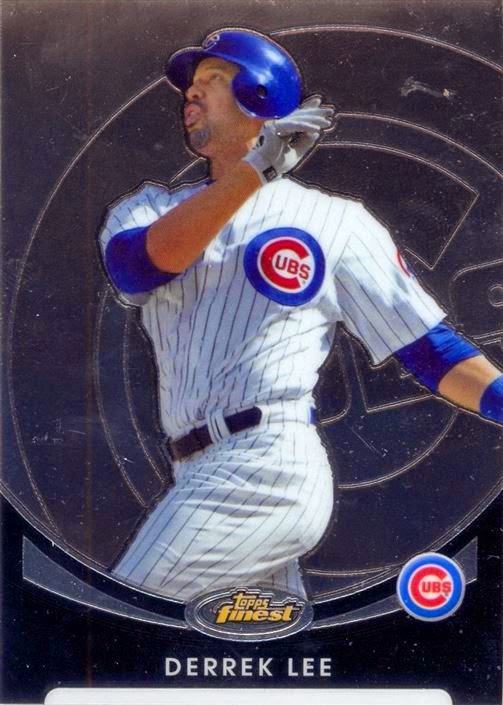 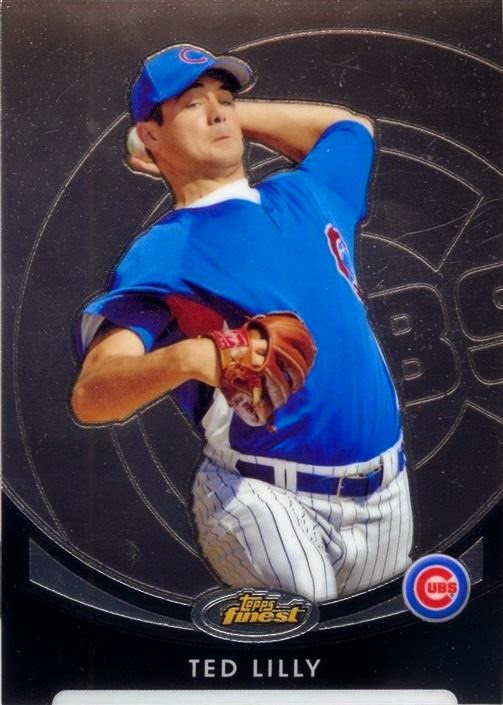 These three were the best that Finest could come up with.  Lilly and Lee were both traded during the 2010 season and Fukudome was gone the next year.  Things they were a changin' on the north side.
Posted by Wrigley Wax at 7:00 AM