The Card Topps Must Include in Series Two

A short post today, the title pretty much says it all.

If Topps is now including cards of recently retired players in Series One (Jeter, Konerko), then why not extend the idea a little further and include this in Series Two: 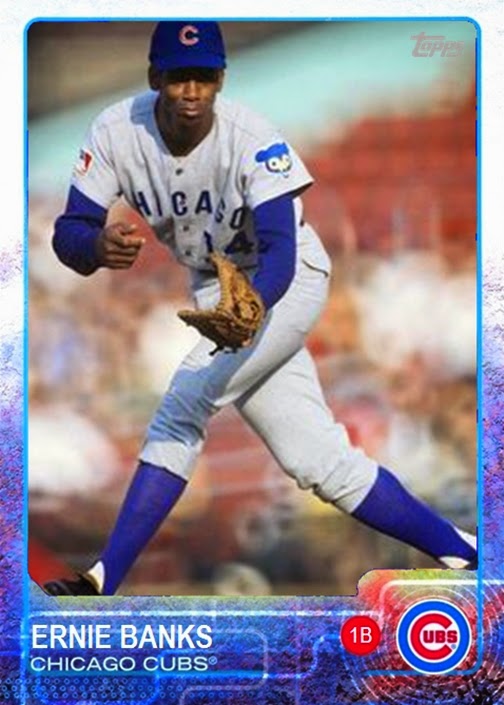 It would be a fitting tribute.

I used this picture from 1969 because I've never seen it on any card and the Ernie Banks I knew as a kid was a first baseman.  Plus it matches nicely the action shots that Topps uses now on all its cards.