Guess Where I Am Today!

It was great news when the Cubs announced that around 8,000 fans would be allowed to attend games at Wrigley Field.  It was even better when they said that they would hold back a limited number of ticket each game to be sold to the general public.  Kudos to them for doing that instead of giving all the tickets to season ticket holders.

To get tickets, you had to submit your email address, though just one submission per address was allowed.  I submitted my personal and school email and Mrs. WW submitted her personal email too. That gave us three chances out of who know how many to get tickets. 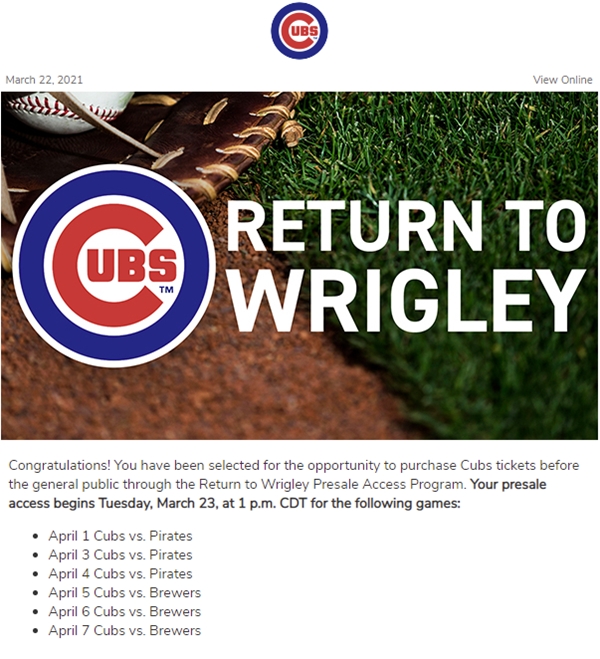 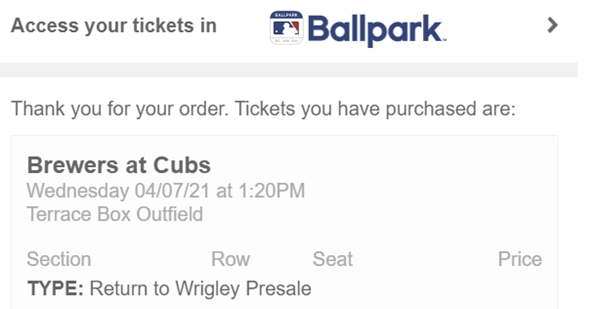 I loaded the page at 12:55 p.m. and then started hitting refresh every few seconds.  At 1:01 I got in!  Tickets were available for all of the games on the first homestand.  This week is our Easter Break, and Mrs. WW had already taken some time off during the week as well.  It worked out perfectly to get tickets to today's game.
Typically the cheapest tickets of the season are for day games in April.  The cynic in me expected the Cubs to jack up the prices, however, since there would be such a short supply available.   They didn't though.  We got seats on the third base side, lower deck grandstand, fourth row (which is two rows in front of the posts).  Tickets were $23 each. 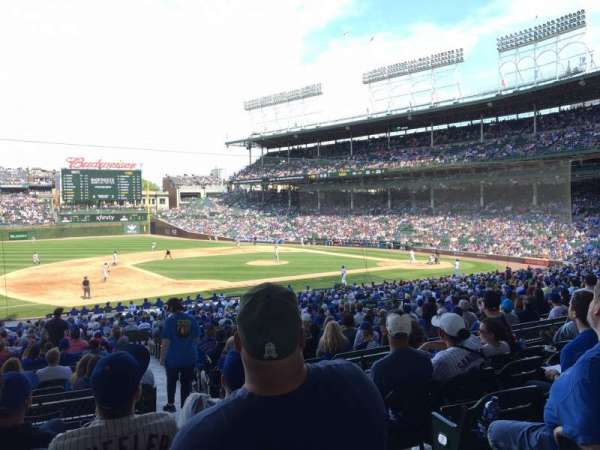 This is what the our view of the game will look like.  Not bad!
Posted by Wrigley Wax at 7:00 AM