The 2011 and 2012 Cubs program was missing from my collection.  I hadn't seen either one listed anywhere.  In 2010 the programs were called "Scorecard Extra."  The name had changed by 2013 to Gameday.  So I had no idea what the programs from the missing years were called.

I was able to pick up a 2011 program to answer that question.  Make your guess now.... Scorecard Extra

And the correct answer is... 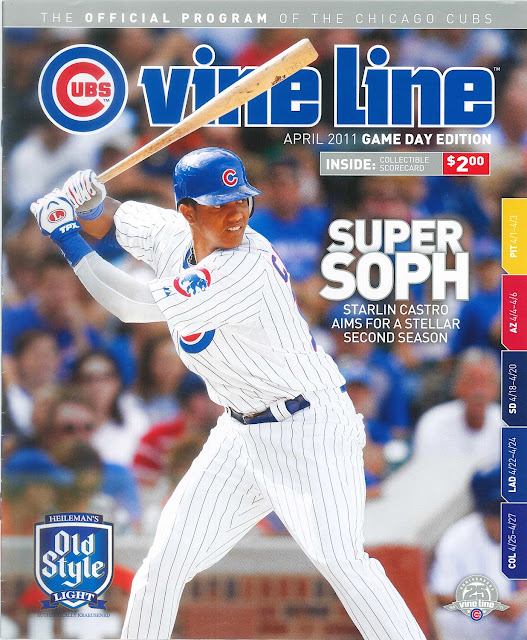 Neither!  The program has a different name, Vine Line Game Day Edition.  Vine Line was the name of the Cubs monthly magazine.  It makes sense to combine it with the gameday program.  The same staff probably created both.

The mystery left for me is with the 2012 edition.... was  it called Vine Line Game Day Edition or just Game Day?