Upper Deck issued their first Goodwin Champions set in 2009.  It was their response to Allen and Ginter.  I bought the eight Cubs cards from that first year.  Then Upper Deck lost their MLB license and I lost any interest in the additional Goodwin sets until recently.  I think it was a sense of completion that got to me.

So below are the Cubs cards from the other Goodwin sets.  I say "Cubs cards" loosely, though, because most of the cards have no team indication.  They cannot say "Cubs" and most don't even say "Chicago." 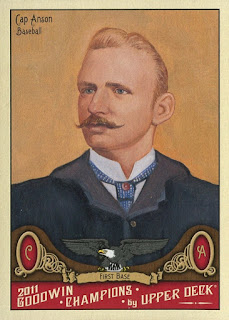 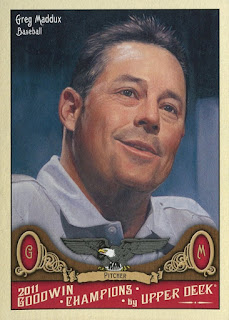 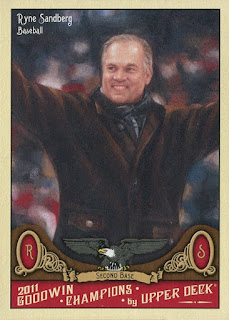 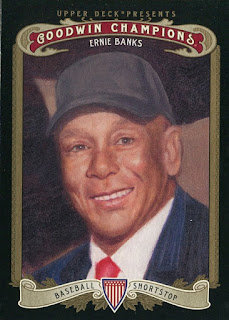 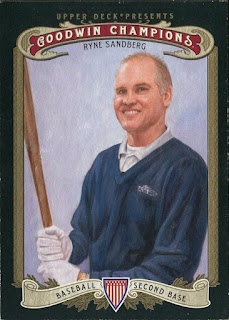 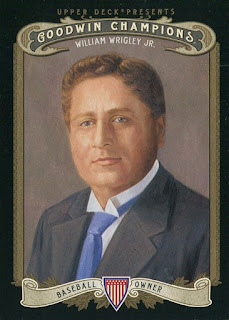 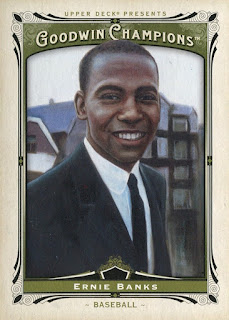 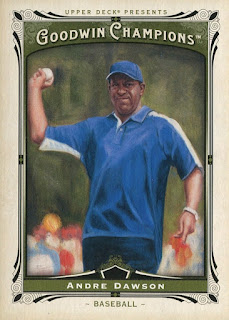 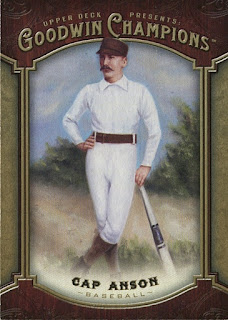 I don't think that there is a good looking card among any of them.  The set has continued to be issued each year, but the number of baseball players included keeps shrinking.  There haven't been any Cubs since 2014.  That suits me just fine.