The set concept remains the same - a reduced-sized version of the flagship set, with no foil printing and the Opening Day logo.

The best thing about the set for me is that I get an advanced look at cards from the second series of the Topps set.  There are 11 Cubs total in the set and five of the 11 do not have a card is Topps series one. 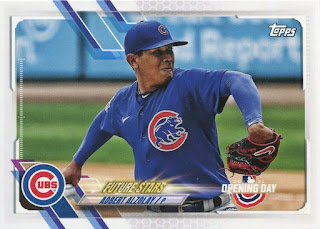 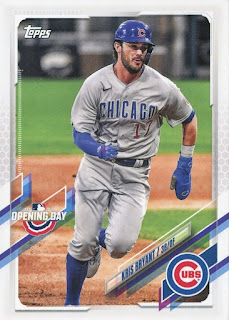 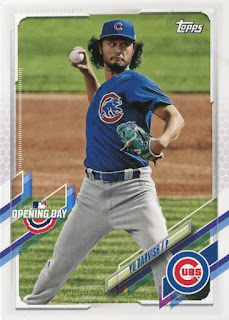 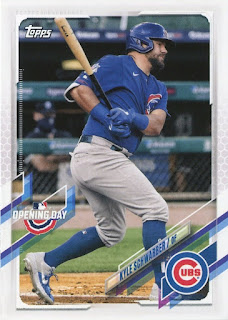 I'm assuming that the Darvish and Schwarber cards will not be included in series two, since both are no longer Cubs. 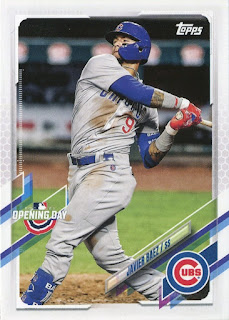 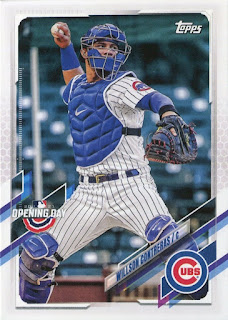 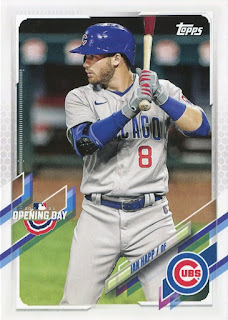 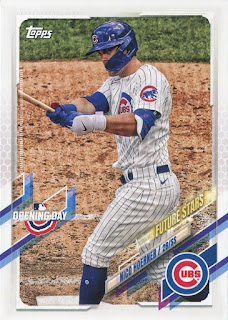 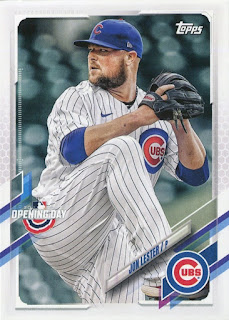 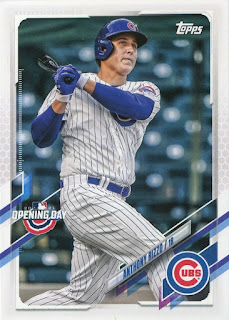 These six cards are players that also had a card in series one.
Posted by Wrigley Wax at 7:00 AM