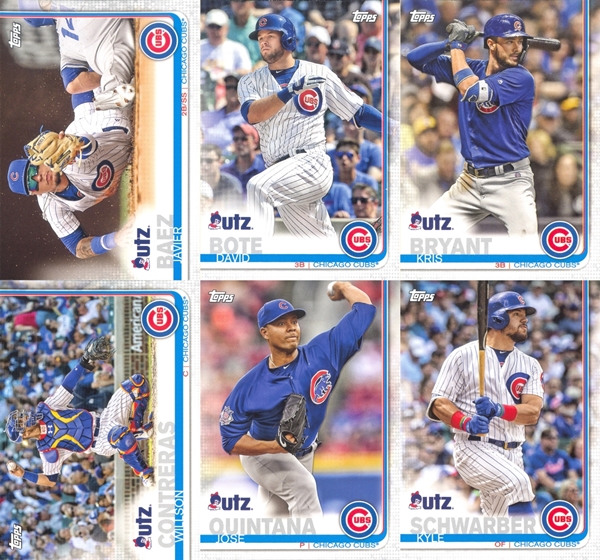 I snagged all six Cubs cards before the end of April, 2019.

That same year Topps paired with PKWY for a 25-card set. 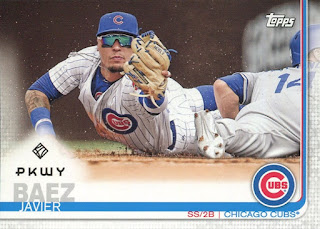 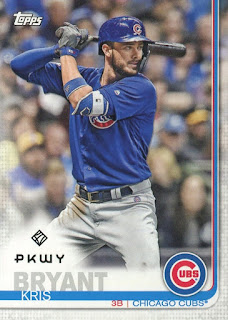 I had the two Cubs before the end of the season.

Both sets used the Topps flagship design but the partners' logos were added.

In 2019 Topps partnered with Clear (a travel security check company) and put out a 100-card set.

I had no clue it existed.

I hate when that happens!  Utz and PKWY were on my radar but Clear wasn't.  Until recently.

Its been almost two years since the cards came out and they were not as easy to find as the Utz and PKWY were in 2019,  I had six Cubs to get, the same six that were in the Utz set plus Anthony Rizzo.  I eventually found them but it took more time and money than I expected.

Take a look at the cards and see if you can spot a couple differences between these and the other two Topps promo sets. 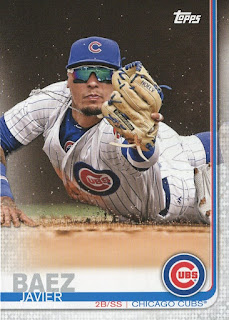 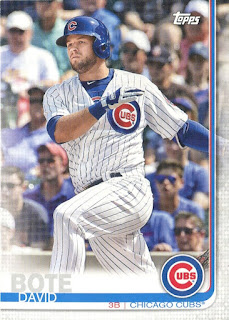 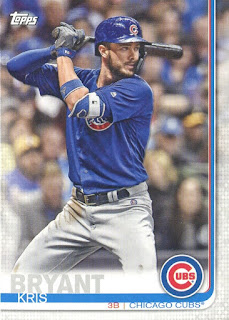 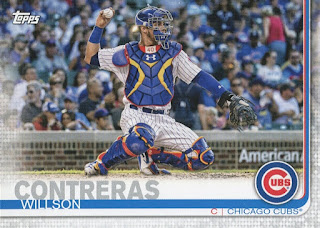 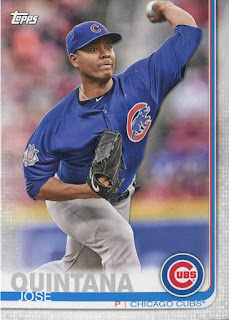 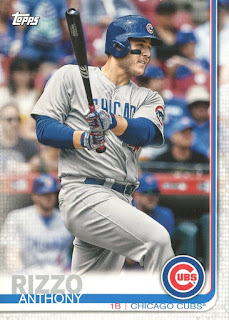 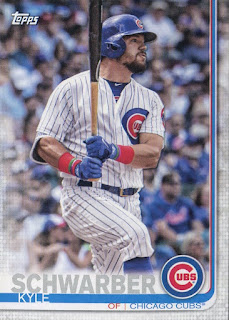 The first difference is pretty obvious.  These cards lack any mention of Clear on the front.

Clear has a nice enough looking logo, but it didn't make it to the front of the cards.  That may explain why these are harder to find now.  To the untrained eye these are your basic Topps 2019 cards.
The backs don't help too much either. 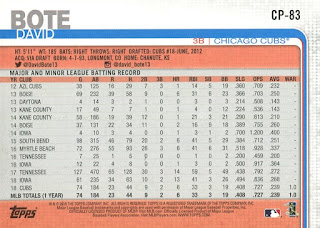 The only difference is the numbering in the upper right hand corner.  The Clear cards numbering starts with the letters CP.
The other difference is the Baez card.  The Clear card vertical while most other versions of the Topps card (base, Chrome, Opening Day, Utz, PKWY, Holiday) have the horizontal version.  The factory team set is the only other vertical card.  All use the same picture, just cropped differently. 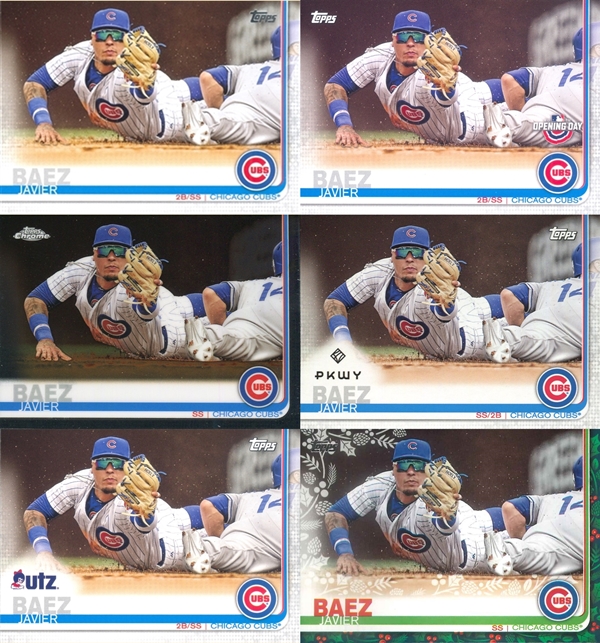 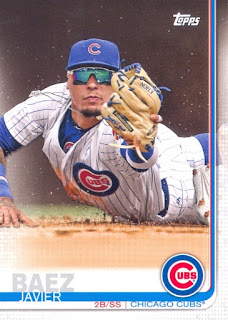