A Little More on Red Barn 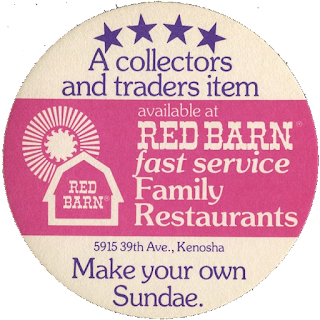 My Red Barn discs were featured yesterday.  I'll bet most of you have never heard of the Red Barn chain.  At one time it had between 300 - 400 restaurants, mostly in the Midwest.  The chain was gone by 1988. 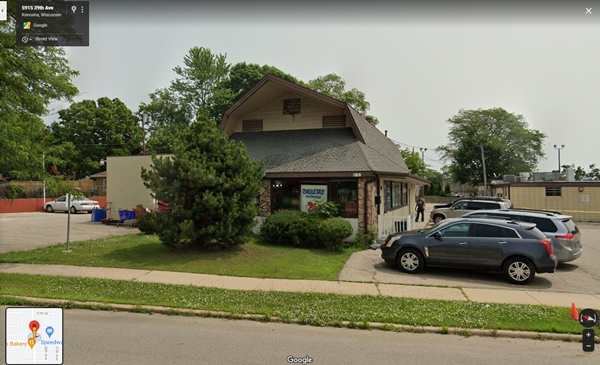 The Red Barn discs were given away at a Kenosha, Wisconsin store.  This is the site today.  The Red Barn building is still there, but it has been repurposed as a Mexican grocery store.

There was a Red Barn in my hometown of Oak Lawn, Illinois when I was growing up.  It was about a mile and a half from our house.  But I don't ever remember eating there.  It was in the opposite direction from where we'd usually shop.

The Oak Lawn Red Barn does have a bit of history, though.  On April 21, 1967 the town was hit by a devastating tornado, killing sixteen people.  The Red Barn was in a area that saw heavy destruction and loss of life. 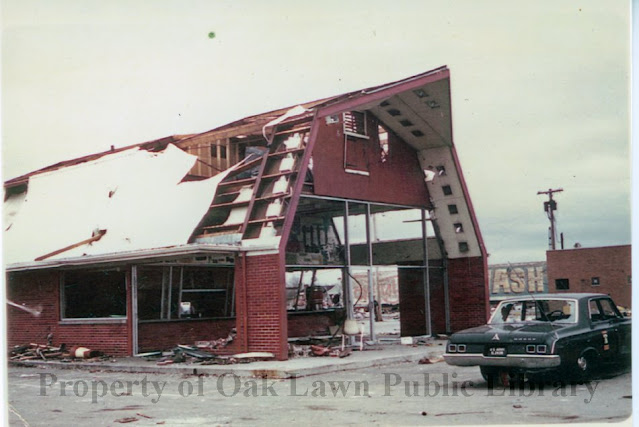 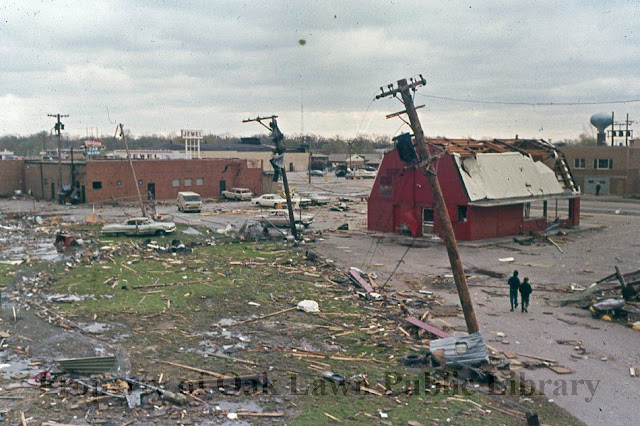 It wasn't leveled, but it did suffer some major damage.  Our house is southeast of this and the tornado moved northeast, so thankfully our neighborhood was unscathed.

The restaurant was repaired and reopened.  The building later became a real estate office.  Today the building is gone and a car dealership is on the site.