Opening Day has been a Topps staple since 1998 (though skipped in 2009).  It's billed as the kid friendly version of the base set.  The cards lack the foil printing, making them less expensive. Personally, I'd like to see the base set skip the hard-to-read foil printing.

This year's Opening Day checklist is made up of 220 players.  Divide that among 30 teams and you should average seven or eight players per team.  The Cubs got half of that---four.  But at least that's better than last year, when only three Cubs make the list.  Progress, I suppose.

The cards are all identical to the base card with one slight exception...the rookie cup on Rizzo's card was moved up to accommodate the Opening Day logo. 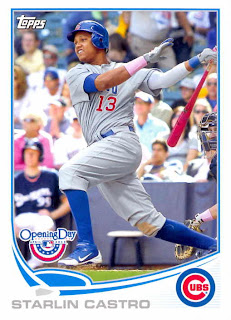 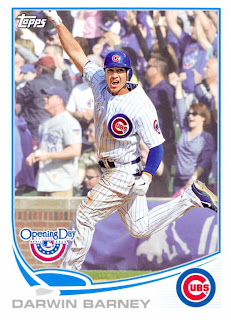 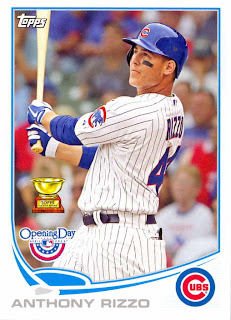 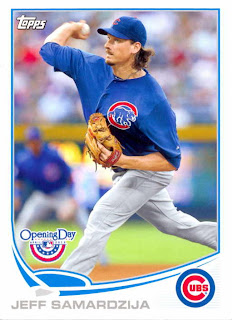 Four Cubs were included in the insert sets, and I should have those cards in hand within the next couple days.  I'll get those posted as soon as the cards arrive.


For you  team collectors, here is the 2013 Opening Day checklist, broken down by team: